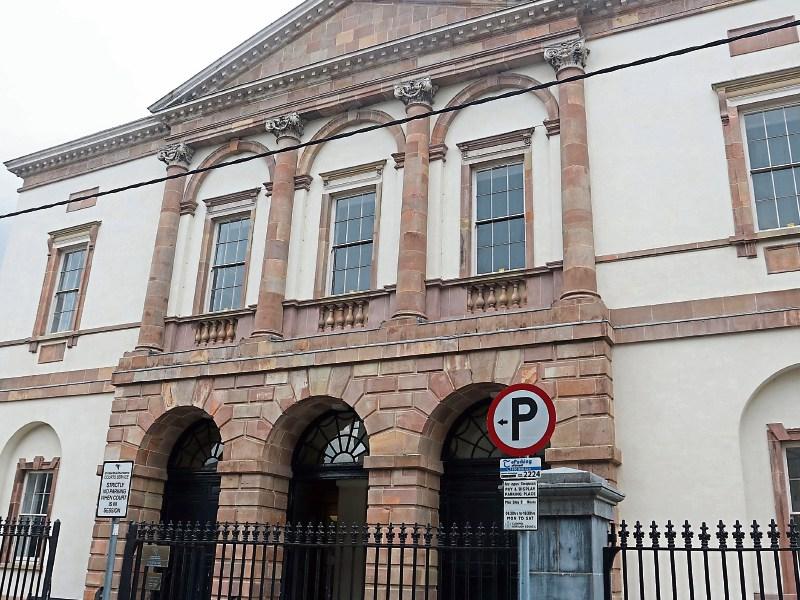 A Clonmel mother gave a heartbreaking account  of the deterioration in her late son’s mental health at Clonmel Circuit Court for the  sentencing hearing of one of the men who smashed the windows of her son’s and husband’s cars outside their home.

Deborah Buck’s victim impact statement was read to the court during the case of  24-year-old Danny Wyatt of 26 Ard Fatima, Clonmel, who pleaded guilty to causing criminal damage to the windows of two cars outside Mrs Buck’s home at Boherduff Heights, Clonmel on June 15, 2017.

He also pleaded guilty to producing a garden shears in a manner likely to intimidate another person or cause serious injury at the same location on the same date.

Ms Buck spoke of the fear she felt after the attack and how she got CCTV installed at her home. She also described the heartbreak she felt at watching her late son Eric’s mental health go completely downhill. “It was almost like his bubbly personality left his soul,” she told the court.

Sgt O’Regan recounted to the court the events outside Mrs Buck’s home on the morning of June 15, 2017. He said Deborah Buck was in the house with her husband Peter, her son Eric Smith and daughter Jasmine Smith at approximately 7am.

She heard a car pull up outside. She looked out the bedroom window and saw three males smashing up her husband’s black Toyota Corolla and her son Eric’s  red Toyota Corolla.

Two had bats or sticks in their hands and one had a sharp tool like a hedge clippers.  They wore grey hoody tops with the hoods up. Deborah Buck shouted that the car was being “busted up” and phoned the gardaí.

When she came down to the front door her son Eric ran down the stairs. She tried to stop her son going out the front door but was unsuccessful. One of the men involved in smashing up the cars turned around and his hoody was down and she saw it was Danny Wyatt, whom she knew. He was located between the two cars.

Sgt O’Regan said Mrs Buck saw her son Eric on the ground. He had been assaulted and there was blood running down his face. He was taken to South Tipperary General Hospital. The three men left the scene in a red coloured car.

The sergeant pointed out that Mr Wyatt was not charged in relation to the assault on Eric.

He outlined that four windows of both cars were smashed as was the front window of the house. The cost of repairing both cars was approximately €1,000 and no compensation has been paid. Gardaí investigating the incident established that the red car the three men left the scene in was registered to Danny Wyatt.

Detective Garda Dan Quinlan met with Danny Wyatt and his solicitor Eamonn Hayes on June 19 and arrested Mr Wyatt. He was interviewed on four occasions at Clonmel Garda Station and made no comment to nearly all the questions put to him.

Deborah Buck was present in court for Mr Wyatt’s sentencing hearing but Sgt O’Regan read her victim impact statement to court as “she felt  unable to read it”.

In the statement she recounted that she suffered from Post Traumatic Stress Disorder and depression as a result of the events that unfolded that day. Her trust and compassion had changed with family and friends and every good aspect of her life was permanently scarred.

“I live constantly in fear even in my own home. I have had to get CCTV to give me some reassurance. I feel every time I leave my front door I visualise what happened my son. It seems so real to the point my body shakes and I can’t move.

“I have had to watch my son’s mental health go completely downhill. He went from being a happy, outgoing person to someone who didn’t even see the value in his own life. He didn’t want to do things. He used to play sports. It was almost like his bubbly personality left his soul.”

Mrs Buck said it was hard watching her son deteriorate and it affected her whole family. She has problems eating and feels sick the whole time.

“It’s a shame my son died so young and didn’t get to live his whole life as he had so much potential,” she said referring to Eric’s death by suicide.

Sgt O’Regan said Danny Wyatt was on bail when he committed the offences. His  15 previous convictions ranged from four drugs possession convictions and six road traffic convictions to obstructing a garda and a control of dogs offence.

Defence counsel Vincent Heneghan SC said there were two other persons involved in this incident, one of whom was facing a trial before the Circuit Court and the other was a suspect.

Both of them were much older than his client. His client was aged 21 or 22 at the time while they were in their mid-30s. His client was somewhat under their influence and  was taking cocaine and cannabis daily at the time he committed these offences.

Mr Heneghan said Mr Wyatt instructed him that he hasn’t gone near cocaine in six to eight months.

He pointed out that all his client’s prior convictions were dealt with in the District Court and were relatively minor.

His client was on bail under quite onerous signing on and curfew conditions since his arrest in relation to this incident three years ago and there were no complaints about him breaching these conditions. This showed discipline on his part.

The senior counsel pointed out that his client was forthright with his probation officer in talking about the  offences he committed and his version of events correlated with the Book of Evidence.

Mr Heneghan outlined that his client and older sister were born in London and came to live in Ireland with his mother at the age of two.

He hasn’t seen his father since. He left school at the age of 15 or 16 without any qualifications. Shortly after leaving school he underwent a kidney transplant and was in receipt of a disability allowance. He is currently attending cookery, arts and crafts courses.

The senior counsel argued that his client would benefit from the further intervention of the Probation Services particularly with assisting him to stay away from drugs.

He requested Judge Patrick Meghan to adjourn the case to the December session of the Circuit Court and direct that urine analysis tests be conducted  to see if Mr Wyatt was off drugs.

Mr Heneghan acknowledged the crime of wantonly destroying property needs to be punished but he suggested there were various ways of doing this. He appealed to  the court to give his client a chance and impose a community service order to allow him see the error of his ways and the value of work. Mr Heneghan pointed out his client had never worked because of his disability.

Judge Meghan noted from the probation report that there had been contact with Cuan Mhuire Drug Addiction Treatment Centre. Mr Heneghan explained his client couldn’t take up the place due to the medication he was on because of the kidney transplant.

After considering all the evidence, Judge Meghen said he considered a four years jail term was an appropriate sentence in this case in view of the aggravating factors including the impact of the crime on Mrs Buck, the fact Mr Wyatt was on bail when he committed the crime and his record of previous  convictions.

He said Mr Wyatt’s plea of guilty was particularly valuable in this case in view of the victim impact statement and the tragic circumstances subsequently.

In view of this and other mitigating factors, he decided to adjourn the case to the Circuit Court sitting of December 3 so that urine analysis tests could be carried out on Mr Wyatt and to see if he could obtain some limited employment.

He noted that people receiving disability allowance can still get up to 20 hours employment a week.

“He knows what he is facing. If he wants a substantial part of that (sentence)  suspended, the court would want to see progress,” the judge  warned.

He remanded Mr Wyatt on bail under the same bail conditions attached  including that he not approach or have any contact with Mrs Buck and her family.