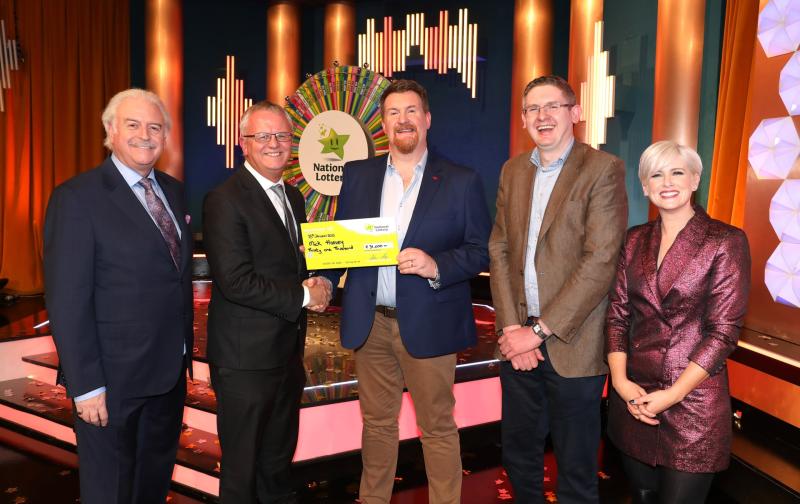 A chef living in County Kilkenny cooked up a storm on the National Lottery TV game show Winning Streak on RTÉ One last Saturday night.

Born and bred in Dun Laoghaire, Dublin, Mick has two children and is married to Sheila, with the couple celebrating a decade of marriage on New Year’s Eve last.

Mick has five siblings, all of whom are living in Dublin except one sister, Margaret, who lives in Ottowa, Canada. The other four, who were cheering him on from the RTÉ audience last Saturday, are Gerry, Angie, Liam and Helena.

Sheila is from Kilkenny and Mick winded up meeting her when he moved to the city to work as a chef. The couple hit it off, and Mick loves life in Kilkenny and insists he would never move back to Dublin.

Mick is a chef for KSG and looks after catering for the MSD pharmaceutical company in Carlow, where he keeps 650 employees fed. In his spare time, Mick is quite the singer and is a member of the Kilkenny Unity Choir and the Sipero Men’s Choir.