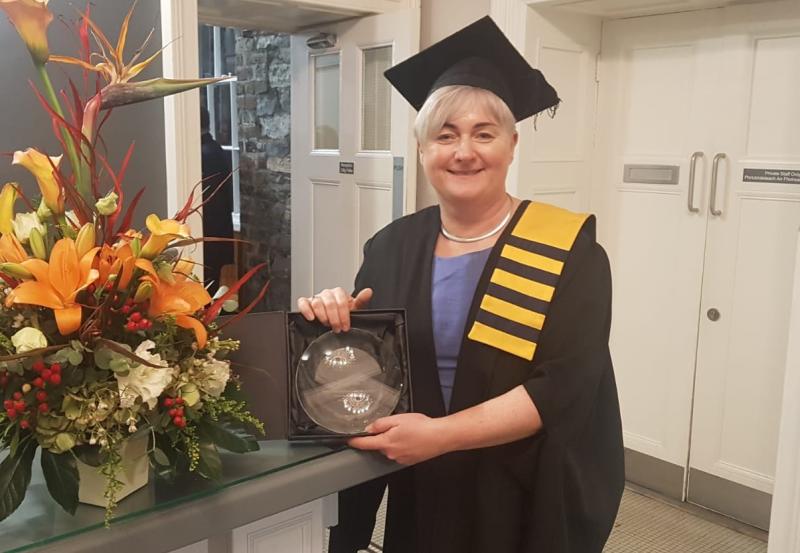 A County Tipperary woman made redundant while battling breast cancer ended 2019 top of her class at Griffith College, Dublin.

Cashel’s Helen Shanahan, who was the manager of Cahir’s The Craft Granary before its closure last June, was left “totally shocked” with her breast cancer diagnosis in April 2018.

“There was no lump or anything. I just went for a BreastCheck screening in Clonmel. Before I knew it, I was on my way to Cork for an ultrasound and biopsy on the same day. It happened so fast that I was oblivious to it all,” Helen tells WaterfordLive.ie.

Helen initially graduated from the University of Limerick with a bachelor degree in electronic engineering in 1989, going on to work in the sector with Hewlett-Packard in Edinburgh and California for 14 years.

Returning to her Tipperary roots in 2003, she sought a new challenge. “I didn't want to go straight back into engineering when I returned home. I was building a house locally at the time and wanted to find employment nearby,” she says.

Helen secured the manager’s role at The Craft Granary in November 2003, which she held for the next 16 years. Despite being diagnosed with breast cancer, she continued working until her surgery, running a community employment scheme with 12 employees along with managing the retail outlet and art gallery.

Physically unable to work but desperate to keep her mind occupied, Helen enrolled on a Springboard-funded blended learning Postgraduate Diploma in Pharmaceutical Business and Technology in September 2018. The Level 9 course consisted of two weekly online lectures and two Saturdays a month at Griffith College, Dublin.
“I was always interested in pharmacy. After developing breast cancer, I became very interested in the medications used to reduce the risk of getting breast cancer and the medical side of things,” she says.

Ironically, Helen now believes breast cancer was the “best thing” to ever happen to her. “Breast cancer made get off the treadmill that I was on and realise that I don’t need to have a full salary for a while and that I can survive off illness benefit. If I hadn’t been off work with breast cancer and doing the course, I would have been like ‘what am I going to do now?’ when The Craft Granary ran out of money and had to close,” she explains.

A year on from getting diagnosed with breast cancer, doctors discovered a lump and sent Helen for another ultrasound and biopsy. “Thankfully it was negative, but I got an infection which lasted about six weeks and I was on very heavy antibiotics. It was worse than the surgery I previously underwent, and I was trying to deal with the final exams at the time,” she says.

Not only did Helen’s resilience help to overcome this latest juncture on the road to recovery, but she also received the President’s Prize for Best Academic Achievement in her class. “It was just unbelievable. There were pharmacists, doctors, chemical engineers and people who have worked in the pharmaceutical industry for 20 years on the course so I had to work extra hard. I remember having to Google all the scientific terms that the lecturer was on about in the first class, not having a clue of even the basics,” a proud Helen laughs.

“The course was a huge distraction. I didn't have time to think about cancer because of all the assignments. Anyone going through cancer should consider doing some sort of course,” she advises. 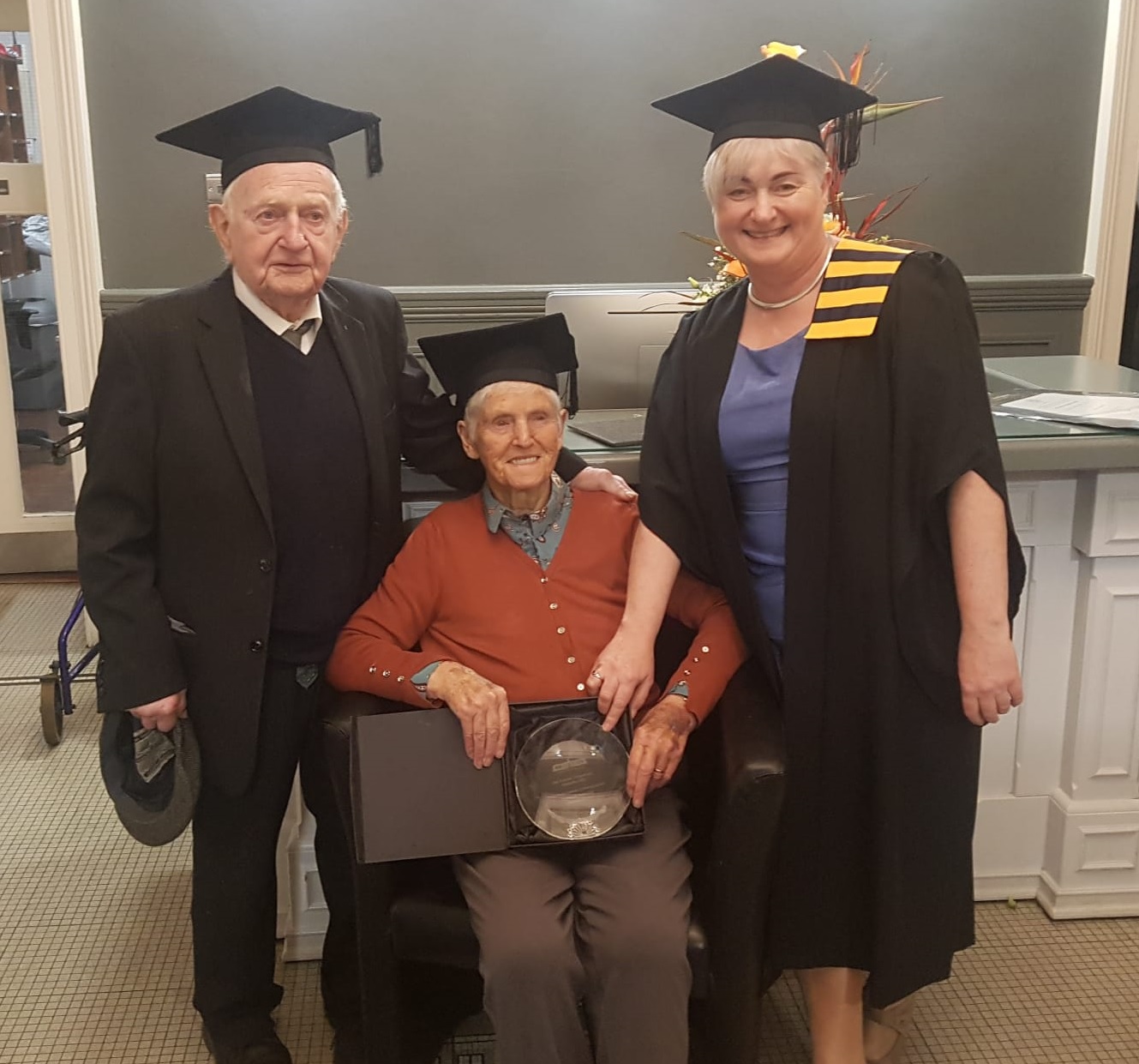 Cashel's Helen Shanahan with her parents Roger and Maura at Griffith College, Dublin

Helen is grateful for the support lecturers, classmates, professionals working in the pharmaceutical industry, doctors, neighbours, friends, family, those battling cancer that she met along the way and many others have shown her on the road to beating breast cancer.

“I cannot say enough good things about the BreastCheck system. Once I was diagnosed, it was only a matter of a few weeks before surgery. I then went for radiotherapy down in UPMC Whitfield in Waterford every day for five weeks. The South East Radiotherapy Trust run a bus for everyone getting radiotherapy and it picked me up in New Inn, which was a huge help. It was great craic on the bus and it was so supportive heading down to the hospital with people in the same boat,” she says.

A candid Helen, who is currently seeking work in the pharmaceutical sector locally or alternatively considering starting a PhD, adds: “Going through this journey, I realised who my real friends were and those who were superficial. It was a huge learning experience, and there were some people who were really disappointing to me and who I thought would rally round. On the flip side, there were people like my neighbours who were simply amazing. It really showed who was on my side when shit hit the fan.”