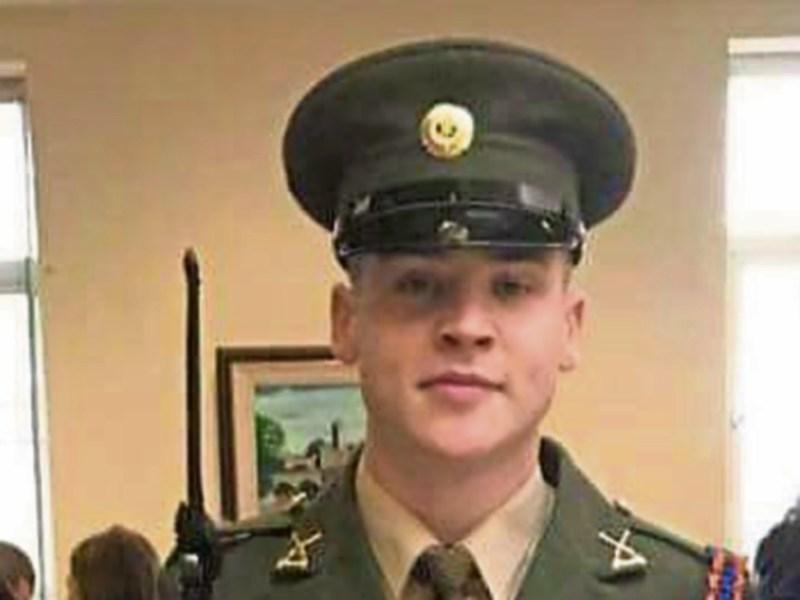 A VERDICT of misadventure was recorded at the inquest into the death of a former soldier who drowned following what has been described by the coroner as a “joke or prank that went wrong”.

The body of Aaron Buckley, 22, who was originally from Pollough near Clara in County Offaly, was recovered from the Abbey river shortly before 6pm on June 10, last –  a number of hours after he entered the water.

Limerick Coroner’s Court heard Mr Buckley, who has been living in the Rhebogue area, had been socialising with a friend throughout the previous night and into the morning.

Ryan Day told gardai the pair had been drinking for almost 16 hours and were “very drunk” while walking home at around 1pm.

He said while passing the Abbey River near the Absolute Hotel, they spotted a bridge and began laughing and joking about going for a swim.

Mr Day said Aaron Buckley began to take off his clothes and that he was filming him on his phone to post it on social media.

The inquest heard that when he turned around he couldn't see his friend and initially  thought he was messing and was hiding.

When he realised Mr Buckley had entered the water, he raised the alarm by contacting the Coast Guard and other emergency services.

Mr Buckley's body was found at around 5.45pm following a major search and rescue operation and he was pronounced dead at 6.30pm.

He said toxicology tests show the concentration of alcohol in Mr Buckley’s system was 285mg/100ml of blood which, he said, was in the mid range of the toxic level.Pathologist, Dr Gabor Laskai said a postmortem was carried out at University Hospital Limerick and that it confirmed the cause of death was asphyxiation, secondary to drowning.

Relatives of the deceased told the inquest he was not a good swimmer and the coroner commented the waters which Mr Buckley entered were “pretty dangerous” given the currents.

He said the level of alcohol was a relevant factor and that a verdict of misadventure was appropriate in the circumstances.

Mr Buckley’s family thanked all of those who took part in the search operation after the alarm was raised.