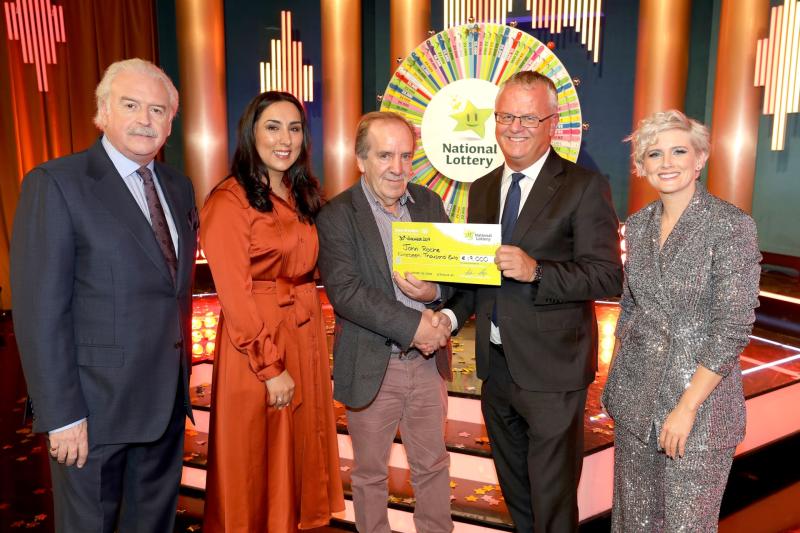 A Tipperary woman, living in Dublin, landed a windfall for her father on the National Lottery TV game show Winning Streak last Saturday on RTÉ One.

Malahide's Charlene Roche, who is originally from Clonmel, played the TV game show in the place of her dad, John Roche, and won €19,000 in total as he cheered her on from the audience.

Two weeks ago, John was staying with Charlene in Dublin for the weekend and the two sat down to watch Winning Streak. A few days earlier, John celebrated a birthday where he got a few Winning Streak scratch cards as presents. He landed three stars on three tickets and sent them into the National Lottery.

While the show was on, he told Charlene, half joking, that his name was going to come out of the drum for next week’s show. He then told his daughter that she would be the person who would play in his place if he got on the show. Charlene agreed, never expecting to ever have to make good on the seal. Minutes later, both were awestruck to see John’s name being called out by Winning Streak presenters Marty Whelan and Sinead Kennedy.

Charlene was supported from the RTÉ audience by John; siblings, Andrea, Colin, Kelly and Stephen; and husband of three years Neil. The couple also have a son, Ben, who is 14 months old.

In her spare time, Charlene is very active and plays Gaelic for St. Sylvester’s in Malahide as part of the Ladies Gaelic Football Association Gaelic4Mothers&Others programme. The Gaelic4Mothers&Others initiative is a new way to introduce mothers and other women to playing Gaelic football. This innovative scheme sees women playing Gaelic football in a fun, non-competitive and social environment, providing an opportunity for women to exercise in a fun way while meeting other mothers in their local area.