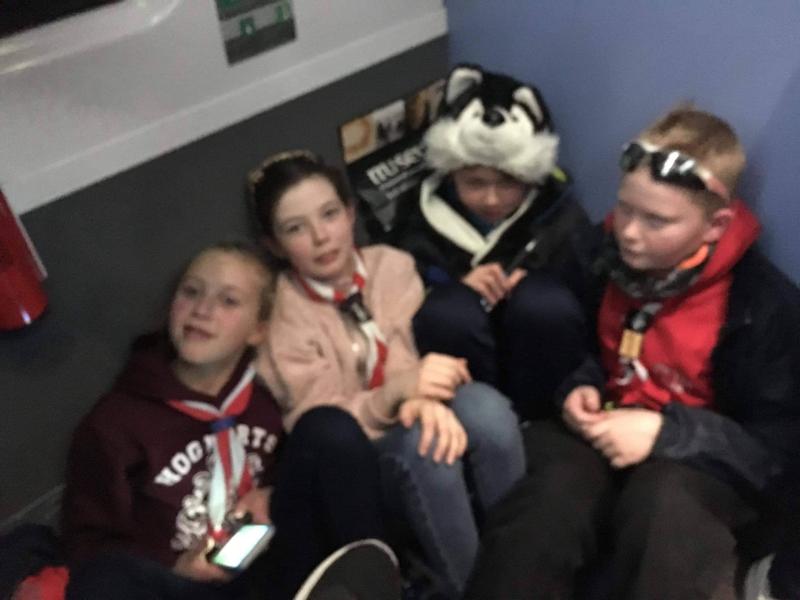 Irish Rail entered the realms of Harry Potter territory on Saturday when 45 scouts from Cahir, County Tipperary, were treated in an appalling way.

The scouts did not have to find an invisible platform on Saturday but when they went searching for their pre-booked and paid for seats their carriages were non-existent.

As a result, 45 scouts, the majority aged from eight to eleven, had to sit on the floor from Heuston Station to Thurles.

“It was disgraceful. The kids were in a pile on a filthy floor on the aisles. Health and safety was out the window,” said scout leader Tara Armitage.

“It was a horrific journey. It was not just us - there were so many people without seats. We went looking for our carriages F and G that the seats were booked on and they just were not there. It was unbelievable,” she said.

“For some of these kids it was their first time on a train, they were all so excited but this experience just ruined the whole day," said scout leader Aoife Collins.

The Cahir cub and scouts had paid €1,180 to pre-book their seats for their day out prior to Christmas. On the way up to Dublin the seats they had pre-booked were occupied when they got on the train in Thurles.

“There was no hassle, people moved, we doubled up as some of the people sitting in the seats were elderly,” said Tara.

It was on the way back that the journey turned into a nightmare for the group of 45 scouts and six leaders.

The scouts had spent a very enjoyable day in Dublin visiting museums and going on an urban walking tour trail. “We had a lovely day out but the return trip destroyed the day,” said Tara.

She said the scouts were piled on top of one another on the dirty floors, they were sitting on tables and blocking emergency exits.

“There were no food trolleys on the train because the aisles were full of people sitting down and standing. It was totally unacceptable," said Aoife.
“It was horrible. The kids were very tired from the day, they were very upset by it all. We could not wait for another train as the parents were waiting in Thurles for the 5.05pm from Heuston to return."

On Tuesday, a spokesperson from Irish Rail issued an apology to the scouts.

"Irish Rail would like to sincerely apologise to each member of the Cahir Cub and Scout Group. The service they received was not acceptable and for that we are truly sorry. Our Head of Customer Experience made contact this afternoon with the leader of the Group and a full refund is being processed today.  Saturday 23rd was a planned Line Improvement works weekend and as a result there was  reduced capacity on all services into/out of Heuston. We had extremely high volumes of customers travelling with us on Saturday and the train was full on arrival at Thurles. The online allocation was sold out on this service and the remainder of the seats were taken by turn up and go customers.

"On the return journey on a normal Saturday, this service would have been an 8 carriage train, but this was changed to a 5 carriage train due to the line improvement works and the group had originally booked onto the 8 carriage train. The booking was not transferred correctly onto the new train set so that is why their reservation did not appear, we are currently investigating why this happened. We have taken a number of lessons from this unfortunate incident and will work to ensure that we will have better systems in place in the future to ensure that no other customers have the experience that the Cahir Cub and Scout Group had," concluded the statement.