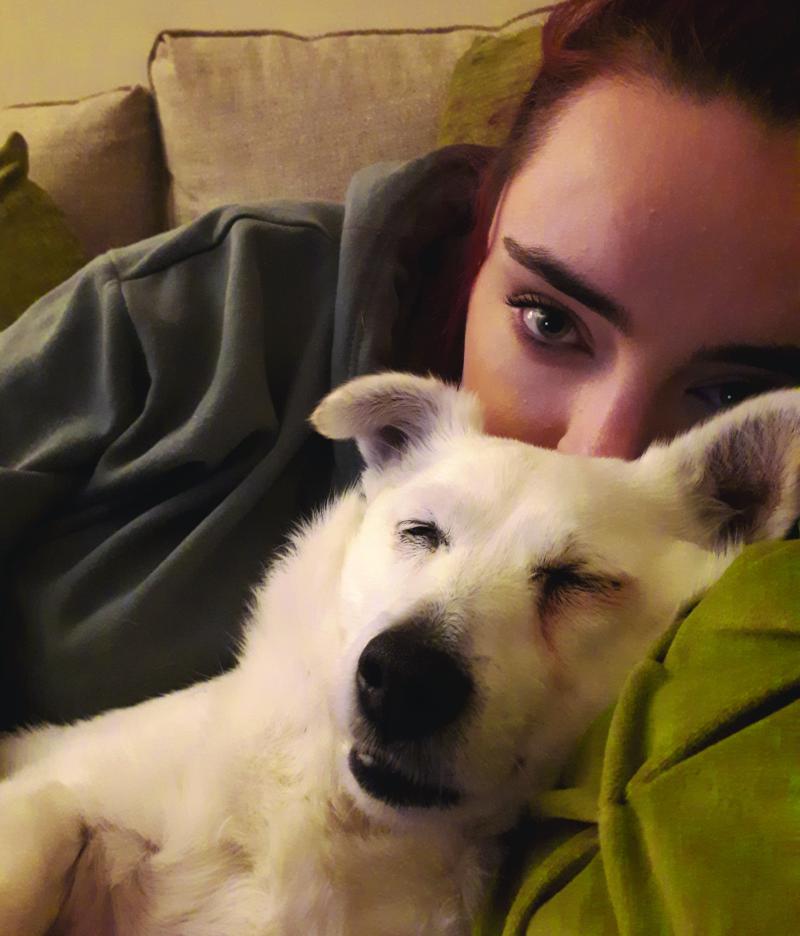 People often say that animals can sense things. More times than not, they do it better than humans.

My dog’s name is Sammy and he is my hero for just being himself. It’s crazy how an animal can just exist and not only change but save your entire world.

During my early teens I began to feel empty, lost and lonely. It was like someone took out my batteries and I was running on thin air. At 14 my purpose had vanished and I was really struggling. How could I have depression or anxiety when I didn’t even know what they fully meant?

When I was feeling down, Sammy followed me everywhere in the house. He cuddled me when I was crying, licking the tears off my face and distracted me with a toy when I was thinking things a teenager should never think. Even through a communication barrier, he let me know he was there no matter what. He made me feel like I was cared for, loved and believed.

A lot of people with a mental illness don’t tell people for many reasons, one of them being that we’re scared it won’t be taken seriously. Even though he didn’t fully understand, he listened without judgement and that’s all I ever wanted someone to do. His cute, naïve innocence made me resurrect my inner child. The one that loved music, dance, art and anything creative. I hadn’t done any of these in so long.

When we moved, Sam wasn’t allowed in the rented house as they didn’t allow pets and it broke my heart to leave him. Months passed and when I visited him I burst into tears. He started crying out too, I held him for hours and he didn’t want to leave. He was barely eating, getting out of bed was hard for him, he was snapping at people and he had no life in him. It was then I realised my purpose: to be there for him like he was there for me. I went home that night and he was eating, drinking and smiling. It was the best feeling in the entire world.

Pets feel so much more than you think they do. They have so much importance to people who suffer with mental illness. They become your best friend, your source of motivation and happiness, and sometimes they can be your only support system.

Ciara Manning is a first year student at LIT Clonmel.