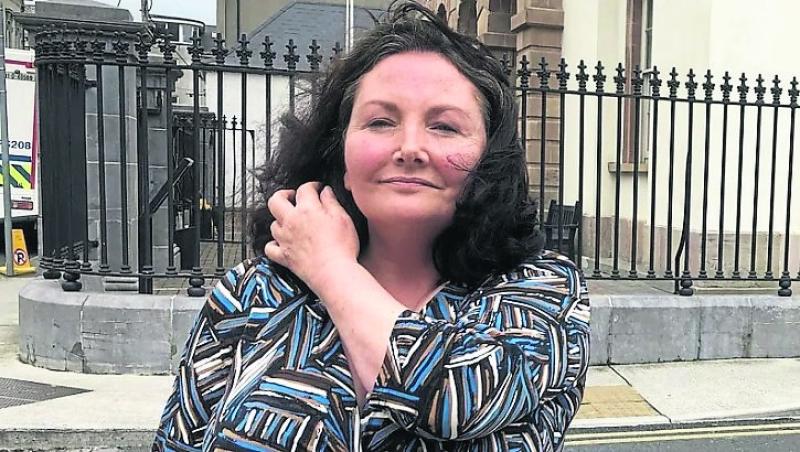 Man who indecently assaulted his sister-in-law given a three-year jail sentence at Clonmel Circuit Court. Pictured is Anne Popplewell

A man who indecently assaulted his sister-in-law when she was aged six over forty years ago was given a three-year jail sentence at Clonmel Circuit Court.

Tom O’Brien, now a 71-year-old man living at Toberabreeda, Tipperary town, denied the charges but was found guilty by a jury on eight counts of indecent assault.

At a sentence hearing, Judge Tom Teehan imposed a five year sentence, suspending the final two years of the sentence.

The victim, Anne Popplewell (nee Murray), in a powerful victim impact statement made to the court before sentencing, encouraged other victims of sexual abuse to find the strength to speak out.

"We deserve justice, we deserve a full and happy life," Anne Popplewell, who waived her right to anonymity, told the court.

Tom O’Brien appeared before the court for sentence after having been found guilty by a jury of eight counts of indecent assault that occurred in Lattin between 1973 and 1976. He was found guilty on two specific charges. One related to an indecent assault while he was babysitting at his victim's house and another charge related to an occasion when he arrived late at night in his car at the Murray cottage in Lattin and took six year old Anne out through a window before taking her for a drive in his car during which time she was indecently assaulted.

O’Brien was also found guilty of six other sample charges which happened over an eighteen month period at a time when Anne lived with her sister and her husband Tom O'Brien in Lattin after the victim's father died and her mother moved to England.

Judge Teehan said that as with most such cases the principal aggravating factor was the victim's age when the offences took place.

"The abuse took place at a time when she still had her innocence that was taken from her in a most grievous way," said Judge Teehan.

Anne Popplewell, now living in County Cork, said the abuse she suffered at such a young age made her feel an outcast, she felt like a prisoner and felt worthless. She said she lived with a burning rage inside her all her adult life.

"I will hold my head high. I have done the right thing. I can now carry on with my life," said Anne Popplewell.

Sgt. Tony O'Brien, dealing with the two specific incidents, said Tom O'Brien was babysitting at Anne's home. He brought her from the bedroom and sat Anne (who was six years old at the time) down beside him looking at television when the indecent assault took place.

In 1974, Anne's mother moved to England six months after her husband died and Anne started to live with Tom O Brien and his wife (who was Anne's sister). During a period of eighteen months Tom O'Brien , while Anne was living in his house, would come to her and whisper in her ear " You are my girl" and indecent assaults would take place.

The assaults took place frequently, about three times a week while Anne stayed in the house before she joined her own mother in England.

Sgt Tony O'Brien said a complaint was not made to the gardai until 2011, matters did not proceed until the victim came back to the gardai in 2015 when she was in a position to proceed. The defendant had three previous convictions, including two for domestic assault.

O'Brien lived in Lattin until his marriage broke up around 2000 after which he had lived on his own. He would have worked as a manual labourer all his life and he had some issues with alcohol and was now faced with health issues. He had been abused himself when he was 16/17 years old.

Defence counsel Kathleen Leader said O'Brien had a significant operation in 2017 and had a complication and as a result had to return for further surgery. He will require more surgery in the near future.

Handing down the sentence, Judge Tom Teehan said the victim had been molested at an age when she had no knowledge of sexual matters. He had been asked to consider the age of the defendant before arriving at a sentence but that was something Tom O'Brien did not do concerning his victim when these incidents took place, and if it did it was only in the context of how he could take advantage of it.

Judge Teehan said these incidents took place at a time in society when the term sexual abuse had not been coined. He believed Tom O'Brien must have known what he was doing "was wrong, and very wrong" and he persisted in his actions. She was groomed for such activity by the defendant who whispered terms of endearment when the abuse took place.

Judge Teehan said no person should have to go through what Mrs. Popplewell underwent and the horrific consequences that followed.