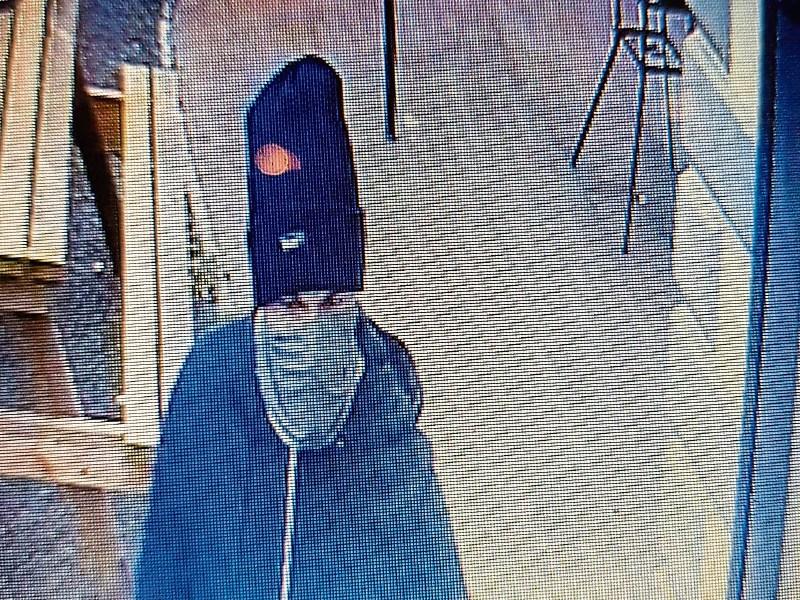 Masked men broke into the house in Emly, County Tipperary

A NINE-year-old girl was left “terrified” after four masked men armed with a screwdriver broke into her family home near the village of Emly.

The owners, who were away for the weekend, had left their 18-year-old son in charge of the house. The house was also occupied by their other two children, a 16-year-old boy and a nine-year-old girl.

The break-in happened at around midday on Friday, July 12, at the house on the Limerick Tipperary border.

The children's father, who asked to remain anonymous, described the events of the break-in, which was captured on the family's CCTV system.

“My teenage son was at home minding the house. He’s 18. He was minding my 16-year-old-son and nine-year-old daughter. My son was upstairs in the garage, he has a gym in there. He was listening to music so he obviously couldn't hear them,” explained the homeowner.

“One of the guys went into the garage where he was working out. He (the intruder) then ran back down to the others (intruders) to tell them this. They went into the kitchen through the back door, which was left unlocked because my two youngest were inside the house,” he added

The thieves stole a quantity of cash and a watch from the home.

“They took the money I had left for the kids to get some food and they took an envelope full of money which was for a lotto syndicate,” he explained.

The gang then made their way through the house, passing the young girl on their way.

“Two of them then went upstairs. My nine-year-old daughter was on the couch watching TV, she saw them on the stairs, with one carrying a screwdriver in his hand. As they got to the top of the stairs, my son saw them. He jumped up and he scared them off. They all took of running out of the house.”

“The kids were terrified. They couldn’t sleep in the house that night.

“ But they are tough out and they are fine now.”

The homeowner warned people to be extra vigilant, even during unexpected times.

“People need to be aware and lock their doors. You don’t expect to be robbed in the middle of the day.”

A gardaí spokesperson said: “Gardai are investigating a reported burglary on Friday July 12 at a house in Emly at approximately 1pm.

“A sum of money was taken during this burglary. Investigations are ongoing.”