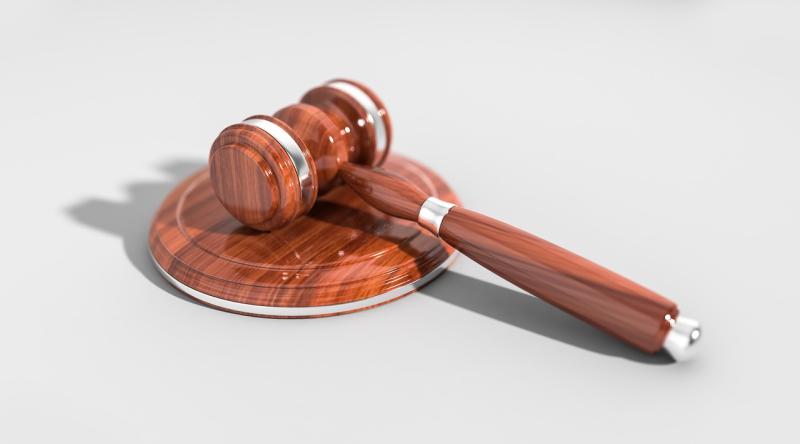 A man jailed for raping a woman attending a gaming convention has lost an appeal against the severity of his 12-year prison sentence.

Keith Hearne (30) of Allenton Drive in Tallaght, Dublin 24, pleaded guilty to two counts of rape, one count of oral rape and one count of falsely imprisoning Dominique Meehan at the Crowne Plaza Hotel in Blanchardstown on July 4, 2015.

Sentencing him to 12 years imprisonment in June 2017, Mr Justice Patrick McCarthy said it was difficult to express the horror and seriousness of the offence.

Hearne sought to appeal the severity of his sentence on grounds that the sentencing judge failed attach sufficient weight to his psychiatric illnesses.

However, the Court of Appeal held that he did not have any active symptoms of mental illness at the time of the offence and it, therefore, did not affect his culpability.

Giving judgment in the three-judge court, Ms Justice Isobel Kennedy said Ms Meehan was setting up an audio-visual display in one of the hotel rooms when Hearne, who was attending the event, locked her into the room and threw her to the ground.

A scuffle ensued and Ms Meehan was thrown into a row of chairs and tackled to the ground where Hearne sat astride her.

He put his hand over her mouth to muffle her screams and licked her cheek, saying 'any girl would love this'.

He told her he could break her neck there and then, if she preferred. He asked her was she going to be a good girl and then removed her clothing and used a neck tie to bind her hands. He then digitally penetrated her.

She screamed throughout and Hearne threatened her, saying he had a knife in his bag and if she didn't shut up, he'd use it.

He attempted to vaginally penetrate her with his penis but couldn't maintain an erection.

He pulled her to her knees by the hair. She managed to extract one hand from the binding, at which point Hearne struck her, grabbed her by the head and orally raped her.

The incident ended when a third party heard the commotion and managed to enter the room to tackle Hearne.

His bag was seized which was found to contain a prop knife, handcuffs, condoms and sadomasochistic items included a studded collar, leather gloves and a leather mask.

He made admissions to gardaí, stating that he had a mental disorder and had not been taking his medication in the weeks leading up the offence.

Hearne had no previous convictions and a psychiatric history which included diagnoses of ADHD, autism spectrum disorder, bipolar and schizoaffective disorder. However, psychiatric reports made clear Hearne was of sound mind at the time of the offending.

The sentencing judge fixed 15 years as the headline sentence before applying a three year discount for the mitigating factors.

Ms Justice Kennedy said the Court of Appeal agreed with a headline sentence of 15 years. There were many aggravating factors including the contents of the rucksack.

She said it was a violent, premeditated, prolonged attack on a young woman who was subjected to appalling and varied sexual acts. She was stripped naked, humiliated, threatened with a weapon, slapped, struck, she was pulled to her knees by her hair, and was "placed in terror" by Hearne's actions and words.

Hearne's barrister, Roddy O'Hanlon SC, submitted that the sentencing judge did not properly consider his client’s mental disorders and other mitigating factors.

While Hearne had a complex mental disorder, Ms Justice Kennedy said it was clear from reports that he did not have any active symptoms of mental illness at the time of the offence. Therefore his condition did not affect his culpability.

Moreover, Ms Justice Kennedy said Hearne was not compliant with his medication for a considerable period of time prior to the offence, which was a relevant factor.

Ms Justice Kennedy, who sat with President of the Court of Appeal Mr Justice George Birmingham and Ms Justice Máire Whelan, said the downward reduction of three years from the headline sentence was sufficient in all the circumstances. The appeal was therefore dismissed.

Speaking outside court, Ms Meehan said: “I feel better today, I didn’t sleep a wink last night. I haven’t slept a wink at all this week. I’m getting better and I will continue to get better and I have massive support (referring to those who accompanied her to court).”

“We can never fault Mr Justice McCarthy (the sentencing judge). We thought the three year reduction in his sentence was a bit lenient but thankfully they (the three-judge Court of Appeal) didn’t see it as lenient.”

She said she “nearly collapsed when I found out about the appeal. I thought it had all been done. I felt when he pled guilty that I was robbed, basically, that I didn’t get to say my piece.”

“I haven’t been able to work since I was attacked. I was doing a one year course that I had to split in two. I’m not able to do these things. It was four years ago, but it’s going to affect me my entire life.”