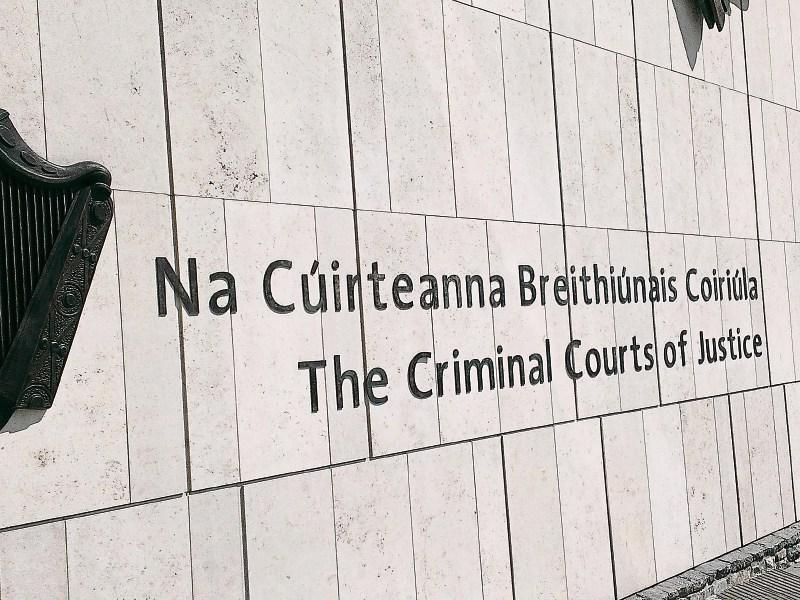 The trial is continuing at the Central Criminal Court

A Tipperary farmer who denies murdering his love rival allegedly stole underwear from his former lover’s clothes line, a murder trial has heard.

The court also heard a “Dear Patricia” letter written to an agony aunt in the Sunday Independent newspaper (see below) which a witness at the trial said she believed was penned by the accused Patrick Quirke.

The letter stated, “I need help” and detailed how the writer had started an affair with a family friend after her husband died. He said he fell in love with the woman and their affair lasted for three years until he found out she was seeing someone else.

The letter complained that this woman had forgotten about him and he was left broken-hearted and angry at how well things were working out for her despite her lies and cheating. The letter further stated that he had no closure and was forced to carry this “dark secret” alone. The writer said he still loves his wife but is not in love with her and wishes he could transfer his feelings for this other woman to his wife.

Mary Lowry told prosecution counsel Michael Bowman SC that she confronted the accused about this letter and he accepted he had written it and told her he had nobody else to turn to.

Ms Lowry, 52, is giving evidence at the Central Criminal Court in the trial of 50-year-old Patrick Quirke who denies murdering Ms Lowry’s boyfriend Bobby Ryan, 52, on a date between June 3, 2011 and April 2013. Mr Ryan's body was found in a run-off tank on a farm at Fawnagowan in Tipperary in late April 2013.

The witness told Prosecution counsel Michael Bowman SC that she put up CCTV cameras around her home after a series of break-ins in 2012.

In court this Wednesday Ms Lowry viewed footage from her home taken on the morning of December 3, 2012 in which she identified the accused arriving in his van and then walking around the porch and shed area of her home. The witness said there was a clothes line with underwear and other items hanging outside the shed and Mr Quirke was also seen standing near a post box shortly after the postman had delivered her mail.

After watching the footage in 2012 Ms Lowry asked her solicitor to write to Mr Quirke to terminate his lease on her land at Fawnagowan. In March she said Mr Quirke agreed to leave by early July 2013 and secured a lease on a neighbouring farm belonging to a woman named Mary Dillon.

In April, before the lease had terminated, Ms Lowry noticed a tractor on her land that she had not previously seen which was pulling an agitator for a slurry tank.

When she went to take a closer look she bumped into Mr Quirke and told him: “You're some c..t and I can't wait to see the back of you and I hope you won’t be stealing Mary Dillon's knickers off the line.”

She said this remark related to what he had taken off her line. His response, she said, was: “Ha.”

The following day gardai arrived at the land and a superintendent told her that a body had been found in a tank on her land. Mr Quirke was there with his wife Imelda and the witness said she felt that Mrs Quirke seemed “shook” but Mr Quirke “was not perturbed at all”.

She left her home that day and has not returned.

Ms Lowry’s evidence continues this Wednesday afternoon in front of Justice Eileen Creedon and a jury of six men and six women.

“I’ve made a right mess of my life and I need help on how to go forward. It all started four years ago, when my best friend died. This man was also my wife’s cousin and a close family friend. He left a wife and a young family after him.

I coped by throwing myself into doing all I could for my friend’s wife and children. There was much sorting out to do in relation to his business. Unfortunately, this led to an affair with his wife, and I fell deeply in love with her. It lasted three years and came to an abrupt end recently when I found out that she was seeing someone else. When I confronted her, she claimed that she had fallen out of love with me and was waiting for an opportunity to end “us”.

This was a defining moment for both of us. She no longer depended on me, and quickly forgot about me by putting all her energy into developing this new relationship. This man promised everything that I couldn’t. She introduced him to everyone in the family, including my wife, and they were all delighted that she had found love again.

My problem is that I am broken-hearted and angry at how well things have worked out for her, despite her lying and cheating on me. We meet on a constant basis as we have a business connection as well as the family connection. She refuses to discuss our affair and says it is in the past. She has confessed it to her new lover, while I have no closure and am forced to carry this dark secret alone. I now feel a tremendous amount of grief, and shame, for a lost love -- and am possibly suffering postponed grief for a dead friend -- all in silence.

I know I have done wrong and let my wife down badly. I contemplated telling her, but feel it would do nothing to relieve my burden while it would devastate her.

I have been diagnosed with depression, but none of the medication is working. My wife has been a tremendous support and loves me deeply. Ironically, this almost makes things worse.

Unfortunately, while I love her, I am not in love with her. I’m still in love with my ex-lover even though I accept that the affair is over. I wish I wasn’t, and wish I could transfer the feelings I have for her back to my wife. How do I begin to rebuild my life?”