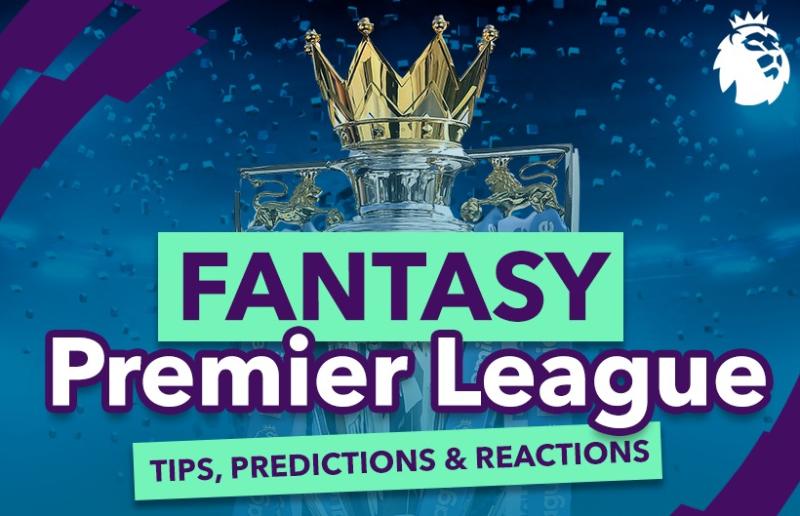 WHEN Harry Met Salah would be a terrible romantic comedy but looking into my (Billy) crystal ball - could the Spurs striker outscore the Egyptian King this weekend?

At the time of writing, there are still two matches to go on Thursday evening in this Fantasy Premier League midweek Gameweek. One of the matches involves Spurs so if Harry Kane gets injured this article will be completely pointless and without substance. Much like many of my articles to be fair.

This weekend Spurs take on Norwich at home. Liverpool face Wolves at Molineux. The template is very strong in Fantasy Premier League at the moment so one way to get ahead is to move from the perma-captain of Mo Salah.

Yes, Norwich have tightened up at the back of late but Harry Kane has to start scoring soon. And could Salah be due a rest? There are rumours that Jurgen Klopp had Mo play 90 minutes for the Liverpool U-14s on Tuesday night. I jest but he has barely missed a minute this season.

I'm not sure if I have the testicular fortitude to do it but it could give you a big boost in your mini-leagues. Or send you to the bottom after Salah scores a hat trick. Let's see how Spurs and 'Arry plays tonight against Brentford.

As mentioned above everybody has settled on pretty much the same team but things are about to change. Man Utd, Man City, West Ham are all facing into a very nice run of fixtures soon. Despite a goal against Crystal Palace, Raphinha has to get the boot after Brentford as Leeds have some horrible games coming up.

West Ham are the opposite and Antonio, Bowen, Benrahama and £4m defender Johnson will have to come back into our thoughts soon. Man Utd have a good run too as do Man City but choosing the players Pep picks is as hard as choosing a good Christmas present for my better half. Lukaku back from injury for Chelsea is one to watch too.

Big at the back seemed the way forward but then Man City, Chelsea and Liverpool started conceding goals. After I sold Cancelo he scored 26 points in two weeks. I bring him back and he has scored three lousy points in two Gameweeks...

In short, it's time for a FPL shake-up. Things are about to get interesting and no harm.

I'm treading water at the moment. I climbed to 2,298 in the world last week (I don't want to know where I'd be if I hadn't made that Cancelo crackpot call). Currently I'm down to 3,212 but I'm hoping to climb again after tonight's matches. 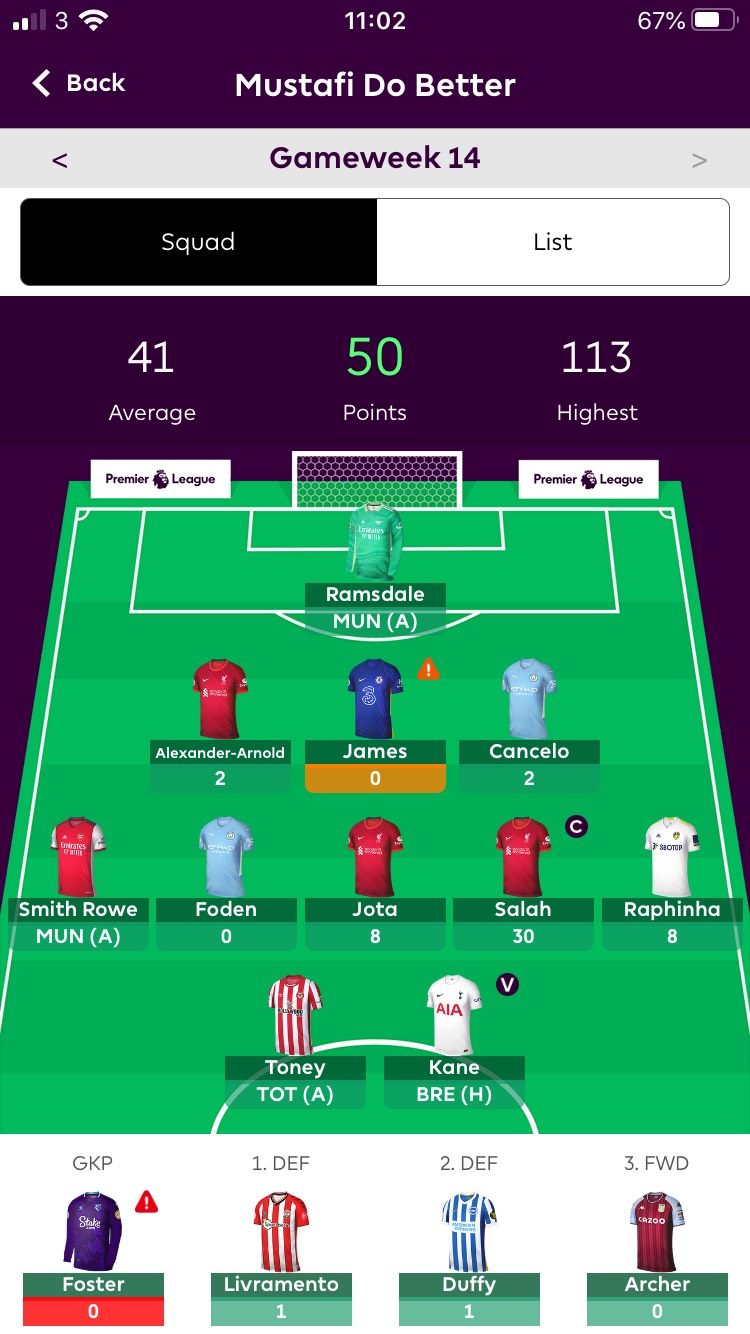 Plus I have a massive two points to come off the bench from Livramento and Duffy after Foden and James didn't play last night. A lot of people have sold the silky smooth Man City man but I'm keeping the faith with Phil.

The big question is captaining Harry Kane over Mo Salah. It could have a happy or horrible ending...