Aldi to celebrate 20 years in Ireland at National Ploughing Championships 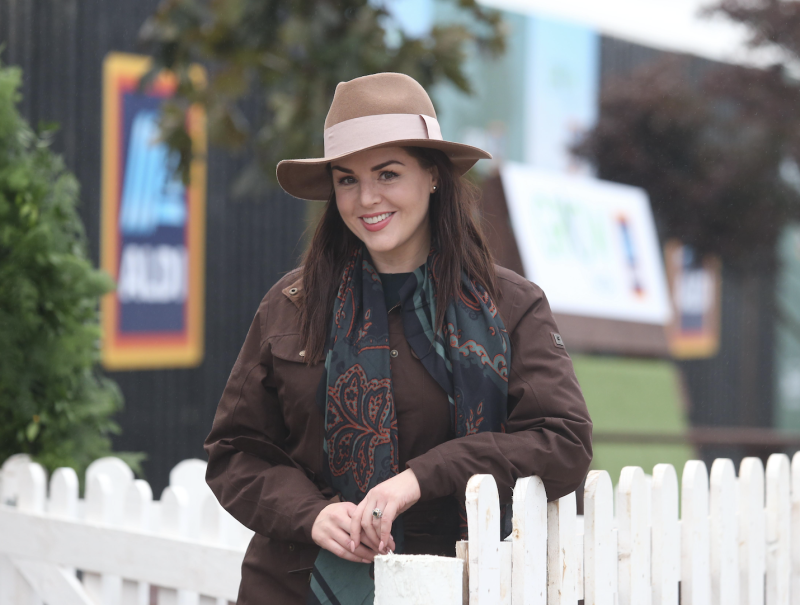 The Aldi marquee is back at the National Ploughing Championships with a jam-packed line-up throughout the three-day festival, which takes place in the new location of Ballintrane, Fenagh, County Carlow, from September 17-19.

Visitors are encouraged to get to the marquee during Denver's daily set on stage to be in with a chance getting their hands on the much sought-after Aldi Stetson hat.

Day 1:  Ireland AM (Virgin Media 1) will come live from the Aldi marquee from early that morning. In its second year now at the ploughing, the winners of the Grow with Aldi supplier development programme will be announced. Mike Denver and his band will take to the stage throughout the day, and chef Andrew Rudd will showcase Aldi’s award-winning range during live cooking demos. The first semi-final of both the National Brown Bread Baking Competition and the National Junior Baking Competition will take place in the Baking Area.

Day 2: Aldi will be celebrating 20 years in Ireland on the Wednesday with a host of well-known faces popping into the marquee. Former Ireland and Munster Rugby captain and Aldi Play Rugby Ambassador Paul O’Connell along with All-Ireland-winning Tipperary hurling captain Seamus Callanan will be stopping by to join in with the festivities. Cookery demos from Chef Andrew Rudd will continue on the stage, the second semi-finals of both the National Brown Bread Baking Competition and the National Junior Baking Competition will take place. Mike Denver will once again be performing throughout the day.

What else will be going on?

Síle Seoige will be on hand to MC the Aldi marquee throughout the three days, as well as hosting the National Brown Bread and National Junior Baking competitions.

Aldi will be joined by a number of its Irish suppliers in the marquee, who will be taking part in live on stage cooking demonstrations and providing samples of Aldi’s premium Irish product range.

Do you fancy yourself as the star of an Aldi advertising campaign? Due to the success of Aldi’s Swap and Save Ad campaign, Aldi will have a Swap and Save area in the marquee from 10am – 4pm each day. Families attending Ploughing are encouraged to call into the Aldi Marquee over the 3 days where auditions will be held for the 2020 campaign.

Grow with Aldi 2020 pitches will also be taking place throughout the three days.

“We’re delighted to be back as one of the main sponsors of this year’s National Ploughing Championships and are looking forward to welcoming visitors to our marquee,” says Aldi Ireland's group buying director John Curtin.

“We are delighted to be in Carlow this year, and we know that the Aldi Marquee will still be the destination of choice with a huge array of entertainment planned, from cookery demos, live music, baking finals and face-painting.

“We will be joined by the winners from the second year of our GROW with Aldi initiative, as well as over 30 of our Irish  suppliers who produce the premium quality Irish products found on the shelves of our 139 stores nationwide. Supporting the Irish food and drink sector is of huge importance to Aldi, and we are delighted to present some of our best Irish fare to visitors.”

NPA managing director Anna May McHugh adds: “We are delighted to be partnered with Aldi and the ICA once again this year, given the popularity and success of the National Brown Bread Baking Competition at Ploughing. With record crowds of 240,700 visitors in attendance last year in Offaly, we are anticipating an even bigger crowd at out new location in Ballintrane, Fenagh, Carlow. The championships not only provides a national stage for showcasing all things agricultural, but also brings together people from all sectors of Irish society both rural and urban to enjoy three days immersed in country living.”

Packed with fun, food, sports and Stetsons, the Aldi marquee is set to be one of the highlights at the National Ploughing Championships, so make sure to stop by. The Aldi marquee will be located at Block 1, Row 24, Stand 567. Be in with chances to win superb prizes and much more!