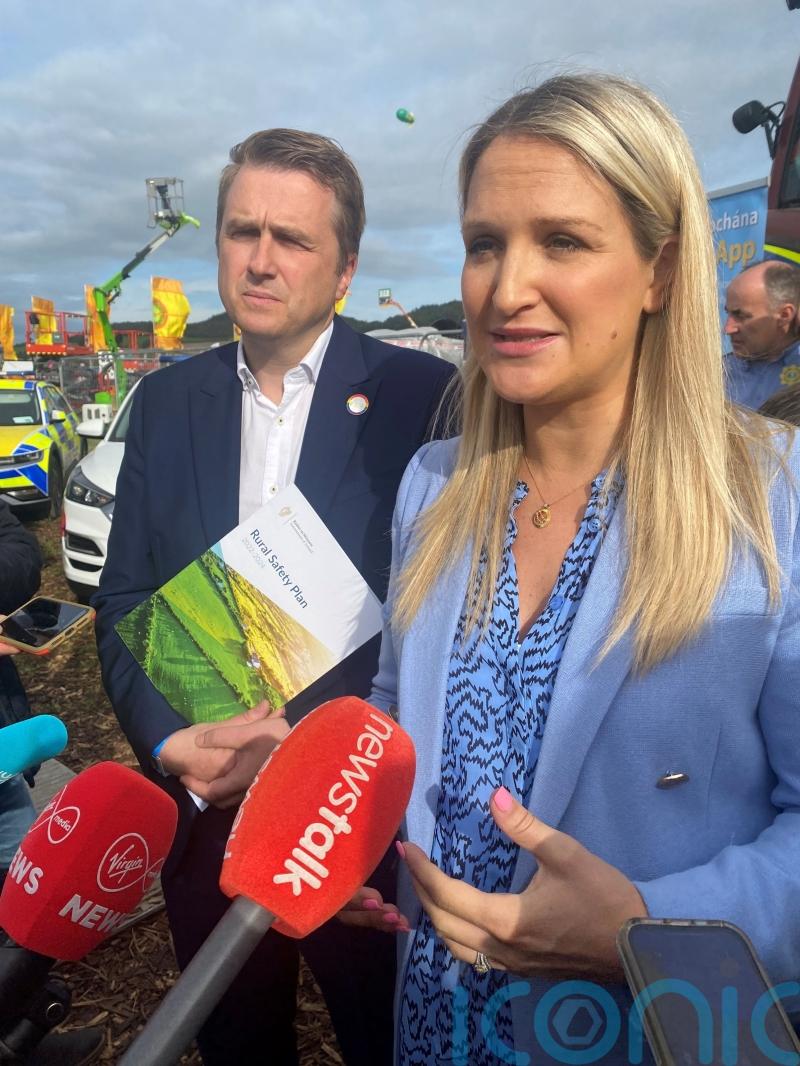 The Minister for Justice has said warnings over a rise in anti-social behaviour in west Dublin have not been ignored by the Government, as she announced a number of measures to tackle ongoing issues.

Helen McEntee unveiled plans to crack down on anti-social problems in Cherry Orchard, where a Garda car was rammed by joyriders on Monday evening.

Ms McEntee visited the area on Friday to hear about the community’s concerns and meet with a number of local representatives.

Among a number of measures will be an increase of high-visibility policing in the area, including the city centre.

The incident, which saw a Garda vehicle being rammed by a car, has been widely condemned.

Footage of the incident, which also shows dozens of onlookers cheering after the Garda car is rammed, was shared online.

Ms McEntee and Minister of State with Responsibility for Law Reform James Browne met with community representatives and organisations, public representatives, as well as Garda members.

Reiterating her condemnation of the incident, Ms McEntee said: “It was obviously unacceptable that this community should have to put up with this type of behaviour, or that members of An Garda Siochana should be treated in this way.

“But the reason that I’m here today is to work with the community to try and respond and ensure that there is a criminal justice response, that we have the gardai and the resources to support that the community need to respond to these types of issues.

“What I’ve given today is a commitment that as Minister for Justice, we will respond and that we will help them with that co-ordinated response.”

She also rejected a suggestion that the Government has ignored warnings from local councillors in the area who have been flagging anti-social behaviour issues for some time.

“We’ve been speaking to local gardai, who for some months now have been working with the local community, responding to these types of incidents, and trying to put in place the most effective policing response, while at the same time working with the community groups to try and get to the crux and behind what is actually happening,” Ms McEntee added.

“What we saw on Monday evening I think was probably an escalation of a lot of what is happening.

“What I intend to do now is make sure that the most comprehensive response is put in place, not just in terms of criminal justice responses but the wider response that the community need.”

She said that any change in the area following the additional resources will take some time.

The Fine Gael minister said Cherry Orchard was a “wonderful community” and needed support to lift it.

On Thursday, gardai raided six homes in the Ballyfermot area in connection with Monday’s incident.

While the properties were searched, no arrests were made.