Thousands of refugees could be forced back into hotels and bed and breakfasts next month when student accommodation is no longer available.

Liam O’Dwyer, the secretary general of the Irish Red Cross, said around 3,000 refugees staying in student accommodation on college campuses across Ireland will have to move out by the end of the month.

This could see many returning to Citywest outside Dublin, other hotels, B&Bs and some institutional accommodation.

Mr O’Dwyer said that the Irish Red Cross has been tasked to help find new accommodation for refugees currently staying in Maynooth and Dublin.

“Our staff and volunteers are working with the refugees. Firstly, we do the bio-data just to see the family makeups and then we match with the pledged properties and we make offers to the refugees, obviously in consultation with the pledgers,” he told RTE Morning Ireland.

He said that the country running out of accommodation has become a “significant problem” as the numbers of people arriving into Ireland continues to increase.

He also said that more refugees are expected to take up pledged accommodation in the next six weeks as students move back to college campus.

“The remainder are obviously going to have to move back into either hotels, B&Bs, some of the institutional accommodation that’s now online,” Mr O’Dwyer added. 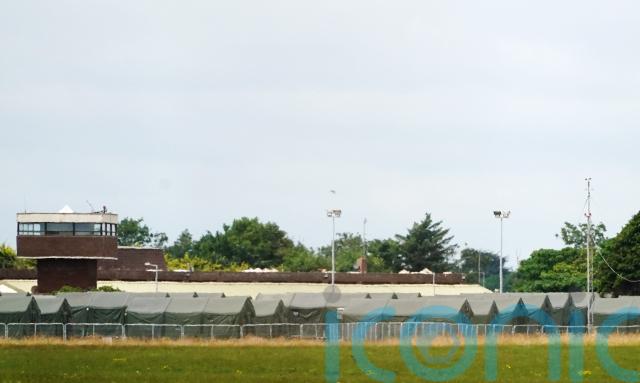 Some 1,300 pledges have come through, with up to 900 more expected in the next few weeks.

Mr O’Dwyer described the process of confirming pledged rooms and homes as “arduous” as it emerged that thousands of people who pledged a room are awaiting garda vetting.

“I think what’s happened with the shared accommodation is that it’s fine for adults but if you’re moving in with a family, obviously there’s garda vetting involved and that’s work that we have undertaken,” he added.

“Every single one of the 6,800 have been contacted and have been offered garda vetting.

“It is an arduous enough process in the sense that there’s an initial call, there’s a Zoom meeting for everybody over the age of 16 in the house and then once all of that is completed, the form for everyone in the house is sent to them and that has to be sent to the gardai.

“The guards turn that around into two days. The difficulties with that would be obviously if one person wasn’t available in the house that delays it.

“They ultimately have 30 days to send the form in.

“We have made literally over 100,000 calls in relation to all of these matters but 30% of the people we’ve contacted, who have already said they were in have then said look we’ve changed our minds, our circumstances have changed.

“A couple of calls last week said that their mother was sick and coming to take that room.”

He said that around 50 Irish Red Cross staff are working on arranging accommodation.