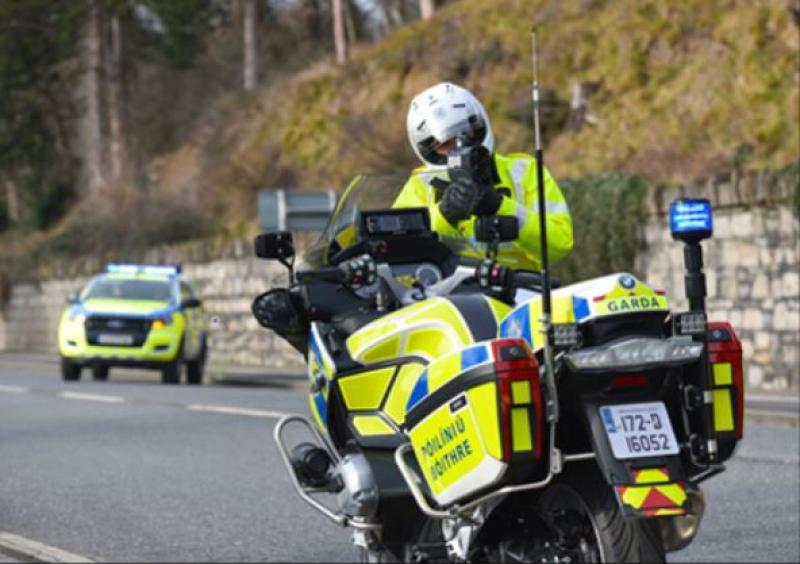 A motorcyclist was arrested after being observed by gardaí travelling at 225kph which they said could have caused "serious injury or death" if there had been a collision.

This motorcycle was observed travelling at 225kph on the M8 Fermoy, Co. Cork over the weekend.

The motorway is the main traffic route from Laois through to the outskirts of Cork city.

Gardaí warned: "A collision at this speed would result in serious injury or death. You never know what hazards lie ahead".

The driver was arrested and has been charged with dangerous driving.

They are due to appear at Fermoy District Court later this week.

They now face a fine up to €5000 and/or imprisonment for up to 6 months and disqualification from driving for two years, on conviction.