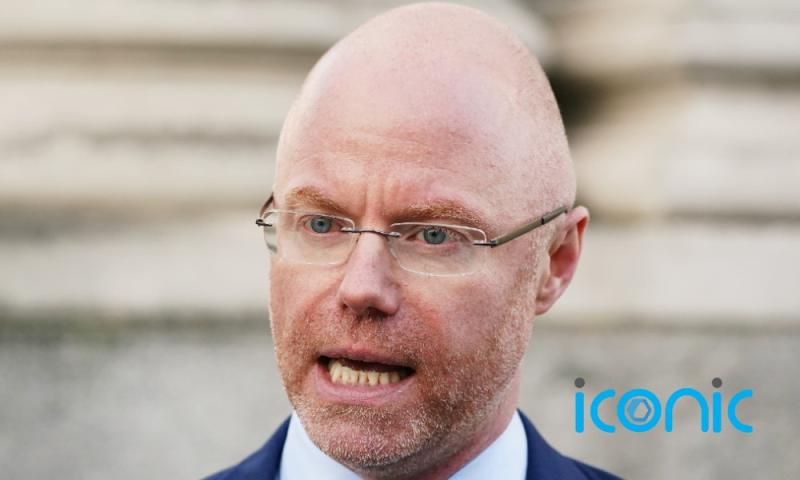 Pandemic restrictions must only remain in place if there is a strong public health rationale for them, the Health Minister has said.

Despite record high case numbers driven by the Omicron variant, hospital and critical care figures have remained stable amid high levels of vaccination and natural immunity.

Public health chiefs are set to meet next week to assess the epidemiological picture, with a phased reopening of society on the cards in February.

Stephen Donnelly said today (January 13) restrictions have come at “a huge cost” and must only be maintained if there is a strong public health argument for them.

Asked if restrictions were justified given the high level of immunity from boosters and prior infection, Minister Donnelly said: “I think that’s the question we should always be asking.

“Any restrictions we put in place are very, very serious.

“You’ll remember two years ago, it was alien to us, the idea that we walk around wearing masks.

“And then the advice or the restrictions that impact on people running their businesses, going to work, they come at a huge cost.

“We’re all aware as well of the isolation and the impact that has on mental health.

“These restrictions, they have never [been] treated lightly. They come at a huge cost to so many people.

“So I think not only should we be asking that question now, I think that’s the question we should always ask.

“We should only have these restrictions in place if there’s a very good public safety and public health rationale for them.”

Minister Donnelly was speaking from a vaccination centre at the RDS in Dublin after Ireland passed a landmark 10 million vaccine doses administered.

“The impact they’re having on keeping the country safe is fantastic,” he said.

“I was talking to some of our intensive care people this morning. They were reporting that the numbers are still steady.

“They’re not seeing anything in the non-intensive care patients that would suggest that those numbers are going to start rising quickly in the coming days.”

With testing capacity stretched to the limit, it is believed Ireland may be experiencing as many as 500,000 positive cases a week.

This, coupled with high vaccination levels, has led to speculation Ireland may soon achieve herd immunity against the virus.

“Herd immunity is an interesting one in this. The hypothetical figure you need has kept changing,” Minister Donnelly said.

“As it was explained to me, the more contagious these things are, the higher the number of people you need to have either vaccine immunity or natural immunity.

“I would imagine, given the extraordinarily contagious nature of Omicron, that the number would be very high.”

The minister said Ireland may soon be past the peak of the Omicron wave.

He added: “The question we’re all asking is, ‘When is the peak?’

“I think Professor (Philip) Nolan (the chair of Nphet’s Irish Epidemiological Modelling Advisory Group) was pointing out last night that, given that there’s a lot more cases out there than we are recording, he said we could actually have passed the peak before it is picked up on PCR.

“But the peak is a combination of exactly that.

“We’ll be looking at some updated modelling soon to see exactly what that might be.”

Minister Donnelly said it was “too early” to say restrictions will be lifted in February, and that he did not want to “pre-empt” the outcome of next week’s Nphet meeting.

But he said the “country has done incredibly well” and thanked the public for their efforts during the pandemic.