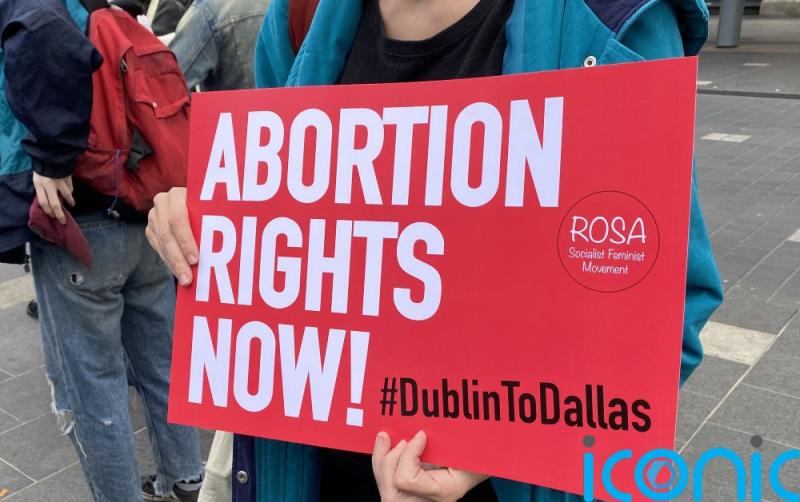 Ireland’s abortion laws are still failing women who struggle to access services due to a lack of provision and time restrictions on terminations, a family planning group has said.

Despite abortion being legalised in 2018, many Irish women and girls are still having to travel to the UK for terminations.

Of the 19 maternity hospitals across Ireland, only 10 provide full abortion services, which Mr Behan has described as “absolutely outrageous”.

He said that while current legislation is a “good law” and is meeting the needs of most women who request abortion services, it is excluding some.

“Abortion care is funded by the state and it really has transformed things in the last three years,” he added.

“However, it does exclude some women from access and it is a flawed piece of legislation that does need to be reviewed and reformed.

“There’s a number of areas that need to be changed. The most urgent and the most important for us right at the moment is the 12-week limit, which is excluding women from abortion care.”

Current legislation says early medical abortions should be accessed through GP clinics if the pregnancy is under 10 weeks, while pregnancies at 10 to 12 weeks, and those with some medical conditions, require acute care at hospitals or maternity units.

Mr Behan said women who need abortion services beyond 12 weeks are the most in need and vulnerable.

“There’s absolutely no doubt that the legislation has failed them,” he added.

“These women are excluded and they’re even more stigmatised now than they were before the referendum and that’s just frankly appalling.”

He said women who have to travel abroad face further difficulties due to Brexit and Covid restrictions.

“There’s certainly evidence that some women are not able to travel at all and that’s just unacceptable,” he added.

“These women tend to be the most in need of care, the women with the foetal abnormality or those who are particularly vulnerable, like a concealed pregnancy.

“It’s just getting more and more difficult for those women and they’re carrying the hurt and the burden themselves, that kind of emotional and financial burden is so difficult.”

He also criticised the legislation that means women must wait three days between being certified by a doctor and the abortion procedure.

“There’s no health rationale for a three-day waiting waiting period. We know that it just causes delays and distress and it does no good,” he added.

“It just prevents women from accessing care and it’s fairly stigmatising as well.”

He also said that women in some rural areas do not have access to local abortion services.

“There’s not enough GPs providing care in some counties. The idea that some women still have to travel for abortion care is very, very poor, really,” he added.

Under the Termination of Pregnancy Act, the minister for health is required to review the legislation within three years.

Mr Behan said the review needs to look at the legislation rather than just the operation of services.

“We need this legislative review to really bring all the evidence together around those flaws and gaps in the legislation. It’s an opportunity to address those,” he added.

A spokeswoman for the Department of Health said: “The review clause was included in the Act to enable the operation and effectiveness of the legislation to be monitored, when delivery of services in the area had been put in place.

“This means that the emphasis of the review in the first instance will be on how the Act has operated in practice, rather than on revisiting clauses contained in the legislation.

“The Health (Regulation of Termination of Pregnancy) Act 2018 permits termination to be carried out in cases where there is a risk to the life or of serious harm to the health of the pregnant woman; where there is a condition present which is likely to lead to the death of the foetus either before or within 28 days of birth; and without restriction up to 12 weeks of pregnancy.”