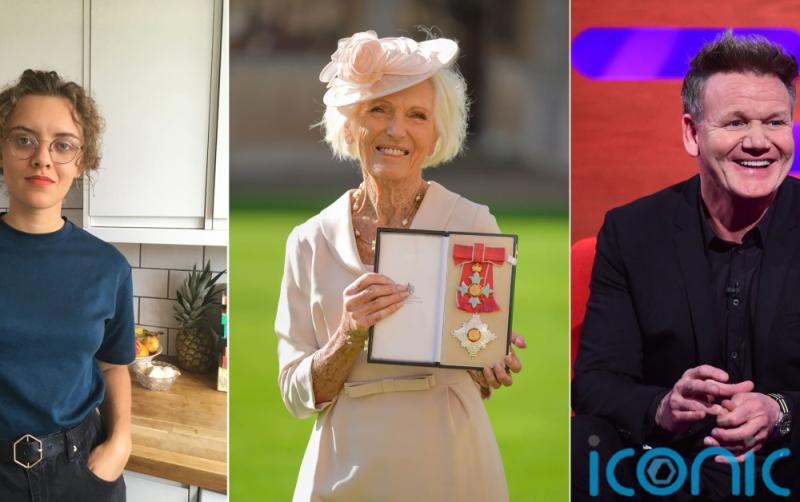 When it comes to Christmas dinner, the dominating force is usually the turkey. But if we were all truly honest, isn’t it the side dishes we’re actually looking forward to most?

Pigs in blankets, bread sauce, cranberry sauce, roasted parsnips, stuffing… these tasty jewels beside the golden bird are arguably the best bit. We asked some celeb chefs and food writers to share their favourite festive sides, with tips for how to cook them too…

“My favourite side dish has to be the Yorkshire pudding,” says Tandoh, author of new cookbook, Cook As You Are. “Whether or not it’s strictly canon depends on who you’re speaking to, but I can’t imagine a better vessel for mopping up gravy. It’s the perfect counterpoint to the meaty savouriness of the Christmas dinner plate.”

“Stuffing’s something that people think needs to be stuffed in the cavity of the turkey – that’s the worst place to cook a stuffing. It’s not good in there. There’s a reason why you don’t put much in that cavity,” says Ramsay, whose new recipe collection, Ramsay In 10, is out now.“To make a really good stuffing is something I do separately. And so, I get the ground sausage, the pork, the beef. And then from there we’ll put in some smoked pancetta, some beautifully roasted pistachios, some chopped up apricot and bake it in the tray prior. And then as it comes out, we’ll add some resting juices from the turkey and let it sit and absorb.”

“Brussels sprouts are my favourite. I love them every way,” say Irish chef Skehan, author of Everyday Cook. “I love them as a salad as well. Very much a winter salad – in a food processor, bag of sprouts, straight down the chute into the chopper, mix it together with some really good chunks of Pecorino cheese, and some dried cranberries or even pomegranate, would be lovely. And then just a light dressing and some nuts maybe as well, something to crunch, toasted walnuts would be nice. You mix that together and it’s like a Brussel’s sprout slaw, but it is stunning.”

“Sprouts with chestnuts, because I think that tastes like Christmas,” says food writer Lucy Brazier, whose new cookbook, Christmas at River Cottage, is all about the festive food season. “I could eat a bowl of that without anything else.”

5. Gino D’Acampo gets excited about the roasted veg

“I’m a huge roasted vegetable fan at Christmas,” says the chef, celebrating his new series and cookbook, Gino’s Italian Family Adventure. “We do them with balsamic vinegar, extra virgin olive oil, parsley, a few capers, all these – amazing. Funnily enough I do like stuffing, because what is stuffing, sausage with herbs and a bit of bread? Very tasty, I like that. I hate Turkey. I don’t like turkey.”

6. James Martin has a buttery way with carrots

Chef James Martin loves carrots cooked in butter – Butter being the title of his new cookbook. He does them “in a style of Vichy – Vichy is a town in the south of France. They cook everything in mineral water, sugar, butter and salt to produce this amazing taste, but if you use the addition of star anise it makes carrots taste amazing.”

“I love celeriac,” says Mary Berry (check out her new show and cookbook, Love To Cook). “I just cook it until it’s soft. It’s knobbly. If you grow it, it doesn’t come to fruition until November. You can buy it earlier. And I cook it until it’s tender then add full-fat crème fresh to it and puree it. It is delicious. It reheats well.”

She also makes chestnut stuffing. “I do them the day before and I do it in small shapes and fry them, then all I’ve got to do is reheat them.”