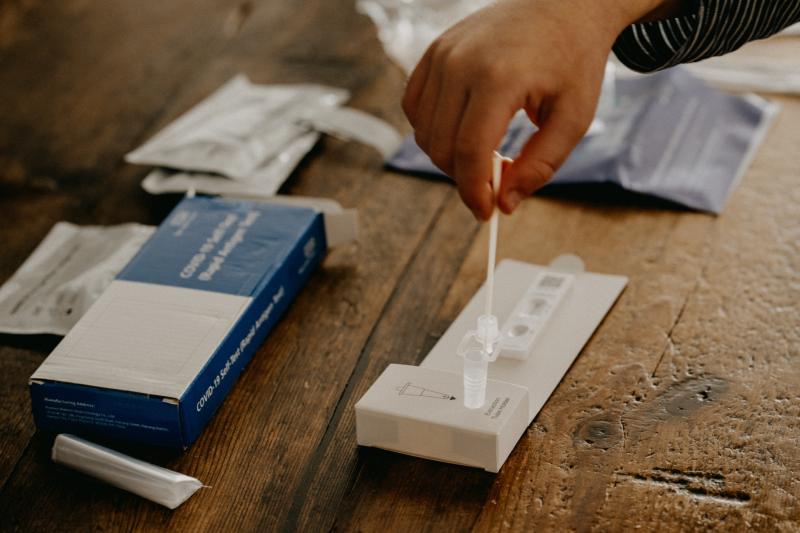 Professor of Immunovirology at University College Cork, Liam Fanning, has called for antigen tests to be delivered weekly to households in Ireland in a bid to lower cases of Covid-19 this winter.

The expert has said Ireland is an outlier when it comes to antigen testing and has called on the Government to supply anitgen tests to families in Ireland.

Speaking to Newstalk radio he said:

“Here we’ve spent 40-odd billion plus as a result of this Covid pandemic. A few tens of millions on providing free antigen tests in every house in this country – ship 10 of them to every family every week for the rest of the winter. It will prevent onward transmission of this infection.

"I do not understand it."

For rapid antigen testing, the tester will use a swab to take a sample from a person's nose. The result of an antigen test is generally available in less than an hour, and it can be as quick as 15 minutes.

"It’s not a skepticism of antigen testing, it’s the absence of evidence to show that they work well enough to recommend their use," Dr. Holohan said.

A decision on further easing of restrictions is expected to be made on Tuesday, but speaking on Sunday, Taoiseach Micheál Martin said the Government is "not contemplating going backwards" on Covid-19 restrictions.

Martin said that reintroducing restrictions was not on the table, however, a decision on the further easing of restrictions won't be made until next week.

"We do not want to go back, and we are not contemplating going backwards," he said.

"The only issue facing us now is going forward and that is a decision we will make on the advice we receive from NPHET (National Public Health Emergency Team)."