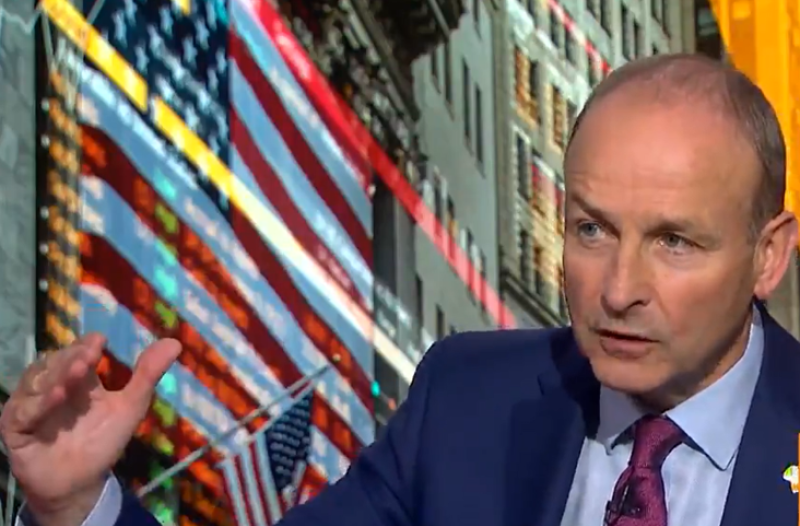 Taoiseach Micheál Martin has not ruled out a change in Ireland's low corporation tax.

He spoke about the issue with Caroline Hyde of Bloomberg TV while in New York, which Taoiseach Martin is visiting to chair the UN Security Council at the General Assembly.

Ms Hyde brought up Ireland's 12.5% corporation tax rate and asked whether Ireland is committed to that.

The Taoiseach responded to say the rate has been "a very important part" of attracting companies to Ireland.

He said, "On the corporation tax, we've engaged in the OECD process. We haven't joined the consensus yet but we've been broadly supportive of the process."

The question comes in the wake of a global push led by Organisation for Economic Co-operation and Development (OECD) for a minimum tax rate of 15%.

He clarified that Ireland hasn't signed up yet because of "some aspects of it which we believe do not give certainty of continuity".

According to the Taoiseach, companies need certainty and continuity into the future.

He said, "It can't be a scenario that changes every two or three years and that's something that needs to be discussed in this process."