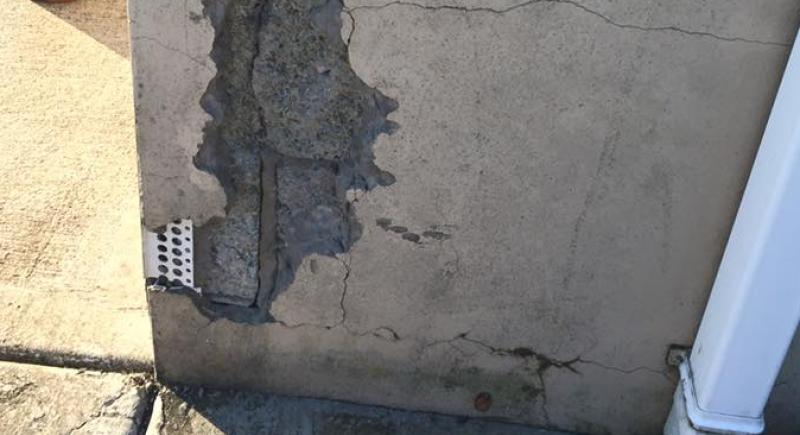 Roman Catholic and Church of Ireland bishops, and a leading Presbyterian clergyman, have called on the Irish Government to offer full and immediate redress to the thousands of people whose homes have been affected by the mica/pyrite crisis.

Numerous family homes have been seriously damaged because defective building blocks were used in their construction.

The church leaders said in a joint statement: “Housing and homelessness are recognised as key political and social justice issues of our time. In this context, immediate action is needed to alleviate the mica/pyrite crisis which is affecting the health, well-being and safety of homeowners and their families.

"As church leaders, we are gravely concerned at the families’ plight. While many of our impacted citizens live on the periphery of our island, it is disturbing that their basic need for good housing also seems peripheral to the agenda of our political leaders. A number of us have had the opportunity to visit some of the affected homes and heard from campaigners. Our foremost concern now is getting support for these families.

“There appears to be a disparity in the way people in our region are being treated compared to those elsewhere. Homeowners in Leinster were awarded 100% redress for the pyrite problems there. The citizens of Donegal, Mayo, Sligo, Tipperary, Clare and Limerick deserve no less. This is a matter of fairness, justice and compassion.

“There may come a time for assigning responsibility for what has happened. One thing is certain, though: the homeowners are not to blame.

“The cost of repairing the damage is beyond the means of most families. The mica/pyrite scandal is now a test of our compassion as a society and of the State’s resolve to help its most vulnerable. We must move quickly to end the anguish and uncertainty for all those affected by mica or pyrite in homes that they have bought or built.

“The affected homeowners need three guarantees of support," they said. They listed those guarantees as 100% redress from the government for homeowners; a 40-year, state-backed scheme, guaranteeing full redress in the event of future problems; and, the remedy of 100% redress made available to all those affected.

“We realise there will be significant costs involved, but the State has found resources in the past to rescue the banking sector and, more recently, to deal with the pandemic. The mica and pyrite families need our sympathy, our prayers and our help. They have our full support, as church leaders, in their pursuit of their three demands," the statement concluded.