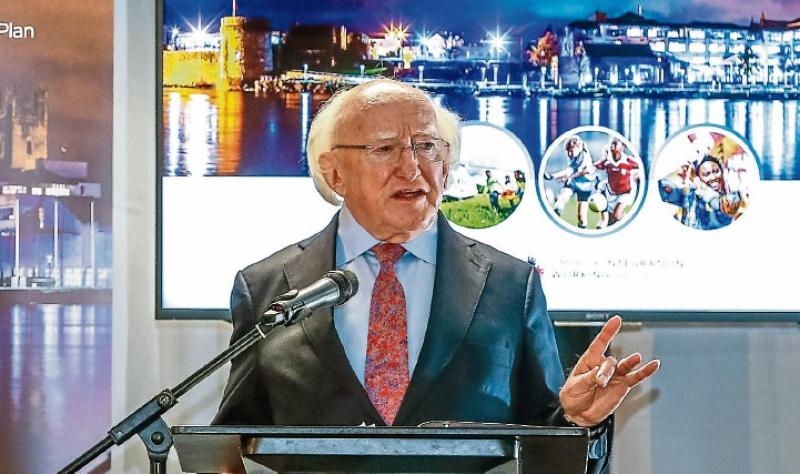 President Michael D. Higgins will travel to Rome next week, for a series of high-level meetings at which the future of European cooperation in a post-pandemic world will be discussed.

At the invitation of the President of the Italian Republic, H.E. Sergio Mattarella, President Higgins will participate in a meeting of the ‘Arraiolos Group’ of EU Presidents. The group is composed of 13 non-executive Presidents who meet annually to discuss contemporary issues.

The meeting is taking place in the Quirinal Palace in Rome on Wednesday, September 15. The 15 Heads of State will reflect on European cooperation in the face of global challenges, including the economic changes needed post-Covid and the Future of Europe discussion underway.

On Friday, September 17, President Higgins will also discuss these and other issues with Pope Francis, whose statements on issues such as development, migration and climate change President Higgins has often referred to as inspirational.

In the context of Ireland’s role at the UN Security Council and the upcoming UN Food Systems Summit, President Higgins will also be meeting with the Director-General of the Food and Agriculture Organization of the United Nations, Qu Dongyu. He will also be discussing Ireland’s relations with the World Food Programme with WFP staff members.

President Higgins will commence his visit with a meeting at the Villa Spada with some members of the Irish community in Rome. The meeting is organised by the Irish Ambassador to Italy Mr Colm Ó Floinn and the Ambassador to the Holy See Mr. Derek Hannon.