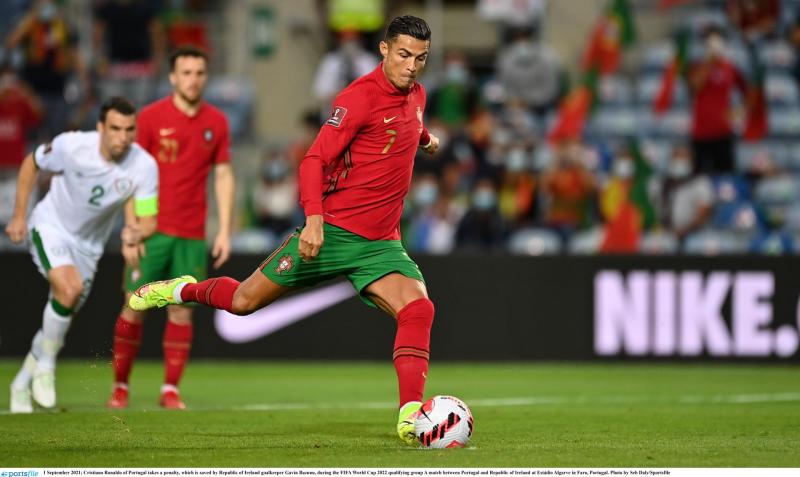 Cristiano Ronaldo in action for Portugal against the Republic of Ireland last week PIC: SPORTSFILE

The long-awaited return of Cristiano Ronaldo to the famous red shirt of Manchester United will be live and exclusive on Irish TV this weekend.

As a 3pm kick-off on Saturday, the game against Newcastle United will not be shown on UK TV but will now be shown live on Premier Sports in Ireland. Cristiano Ronaldo could make his first appearance for the club since re-joining from Juventus last month.

Cristiano Ronaldo spent six years at Manchester United winning three Premier League titles and the Champions League before making the £80 million transfer to Real Madrid in the Summer of 2009.

The new signing and fan favourite has caused quite a frenzy since re-signing for the club with the Manchester United website reportedly crashing for a short period after they announced the signing plus Man United’s Instagram post on the resigning becoming the most liked sports team post of all time on the platform.

Eoin McDevitt, Damien Delaney and Neil Lennon will be on hand to bring fans all of the action this Saturday with live and exclusive coverage from 2.30pm.