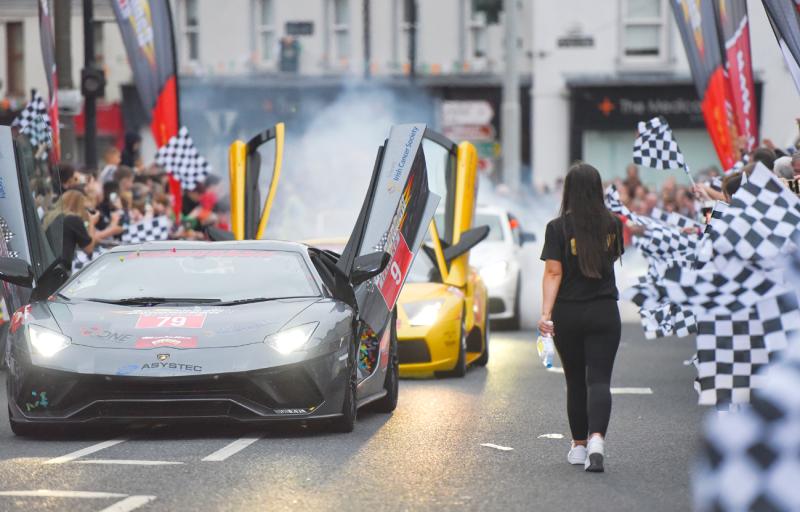 The supercar spectacur Cannonball rally will roll into Waterford this weekend.

On Sunday, March 13, the 190 supercars will travel from Kildare Village to Cashel and later to Lismore Castle with big crowds expected to turning out to see everything from Maseratis to Lamborghinis.

The rally will set u camp in Kildare first from 9am-11.30am before making an hour-long pitstop for fuel in Cashel at 12.30pm. It's then all roads lead to Lismore where the cars will gather at Lismore Castle from around 2pm.

There will be a very good viewing point at the top of the V Drive as the cars arrive.

Other cars in the line-up include an SLR McLaren, Lamborghini Aventador, Ferrari, Aston Martin, Porsche GT3 RS, Maserati, Bentley, a BMW M8 Competition, an interesting selection of EV cars and much more.

Cannonball is a free family-friendly event and crew make it a priority to ensure it is accessible for people of all ages and abilities.

Cannonball was founded by Kildare businessman Alan Bannon in 2008 and now the event is the largest organised road trip in Europe. Cannonball is already on a roll this year with the best ever itinerary of road trips planned for 2022.

From the majestic castles on the Grand Highlands Tour to the all-new Retro Cannonball and 4x4 event in Ireland to the widely anticipated main event next September, this supercar story, that originated in Ireland, shows no signs of slowing down.