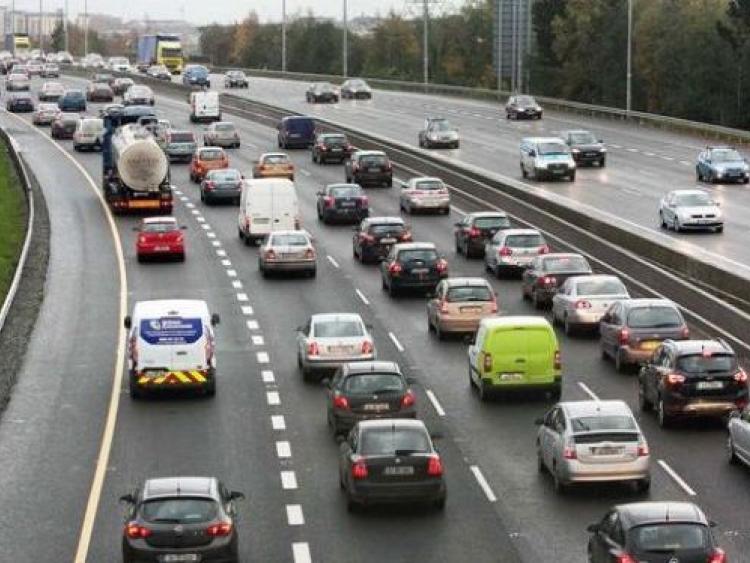 The targets set out in the current Climate Action Plan (CAP) for the reduction of Ireland’s car emissions are unrealistic and doomed to fail, the Irish Car Carbon Reduction Alliance (ICCRA) has said.

The new organisation, which represents a number of car dealers in Ireland including Offaly, says the plan is flawed as it is based on inaccurate and incomplete information.

The ICCRA points out that the plan fails to tackle the underlying reasons behind the country’s high level of car emissions and until such time as it does, the country will continue to fail to achieve the CAP’s targets.

It is calling for a review of the CAP and the introduction of more realistic, yet ambitious targets for emissions and Electric Vehicles (EVs), as well as urgent consultation with the motoring sector so a realistic, pragmatic plan to reduce emissions from cars can be achieved.

“There are only two ways to reduce emissions from transport in Ireland - reduce the number of journeys by car and /or drive more fuel-efficient cars,” says Michael Moore, ICCRA spokesperson.

According to Mr Moore, economics and the latest engineering must inform climate action policy to ensure success, yet the current CAP ignores both.

“There is a sense of déjà vu about the targets. In 2008, the then Government set a target of having 250,000 electric cars on the road by 2020. Currently, there are 8,124. It’s very easy to set targets but very difficult to achieve them without a clearly defined strategy. We wish to support the Government’s targets in the development of such a strategy, one that is scientific, data-driven and pragmatic so that real and lasting reductions can be made.

“We recognise urgent action is required across all sectors of the Irish economy, including the motor sector, so that everyone plays their part in protecting our planet. Ireland’s car ownership per head of population is one of the lowest in Europe. Yet, we have one of the highest carbon emissions per car in Europe due to our rural transport infrastructure, which is responsible for an average annual mileage that is 1.5 times the EU average.

"Reducing emissions to CAP targets would require a sweeping reduction in the number of car journeys made, especially in rural Ireland, where, understandably, motorists drive more than their urban counterparts¹. But the public transport infrastructure isn’t there to support such drastic changes. While better public transport may happen over time and would be very welcome, it will be far too late to meet the current emission targets.”

The ICCRA states that for the plan to have an immediate and lasting impact it must encourage motorists to drive more fuel-efficient cars, which requires a comprehensive reform of the Vehicle Registration Tax System.

Consumer confusion over engine choices and Electric Vehicles (EVs) along with the relatively high cost of EV cars are major challenges at present, but the ICCRA state that with decisive Government support they can be resolved quickly, leading to significantly lower emissions.

New research for ICCRA shows that over half the population [53%] are confused about the various car options on the market and their impact on the environment. According to Mr Moore, the continuing decline in new car registrations, which was detected before the Coronavirus pandemic reached Ireland, is a direct result of this confusion, as motorists are sticking with their current older car, which has higher carbon emissions, instead of switching to a newer model.

“The Climate Action Plan is feeding this confusion. It proposes a ban on the sale of fossil-fuelled (internal combustion engine or ICE) cars from 2030 and motorists, understandably, are concerned about the potential resale value of their car. The ban is premature. The truth is that driving a newer car is a more meaningful way to reduce car emissions, by removing the older car stock that have significantly higher emissions. Current technological innovations could bring ICE engine cars close to zero emissions by 2030, allowing consumers a more realistic timeframe and cost basis to transfer over to EVs while also achieving climate emission targets,” he said.

ICCRA also highlights the cost and availability of EVs, saying that the CAP’s targets for the supply and take-up of Battery Electric Vehicles (BEVS) and Plug-in Hybrid Electric Vehicles (PHEV) between 2021 and 2030 are unrealistic. “The CAP’s ambitious targets are based on 840,000 EVs being on Irish roads by 2030, just ten years away. Currently, there are 8,124 BEVS, about 1% of the target.

“The supply and pricing of BEVs and PHEVs in the Irish market are critical to consumer take-up even to reach 50% of the CAPs targets, yet there is no reference in the report to this. EU policy states that cars must achieve a 30% reduction emission levels by 2030, based on 2005 levels.

"This is significant because car manufacturers in Europe are working to achieve the EU target, not those set out in the CAP and this will directly impact the supply of sufficient EVs for the Irish market. Furthermore, there is the cost. The average cost of an EV is over €45,852 before subsidies whereas the average price of a new petrol car bought in Ireland in 2019 was €23,523 and a diesel car was €37,421. This significant price gap is not included in the Total Cost of Ownership calculations in the CAP, which is a serious omission as it detrimentally affects purchasing decisions.”

“We support the Government’s commitment to address climate change. The EU in its directive state that “a socially acceptable and just transition towards zero emission mobility should be ensured. Targets can be ambitious but they have to be realistic to be achievable, and the current CAP targets fall well short. They must also be supported by a comprehensive strategy. The new Government must be mindful of this when developing any future plans or legislation if we are to succeed as a country in significantly reducing our transport emissions,” said Mr Moore.