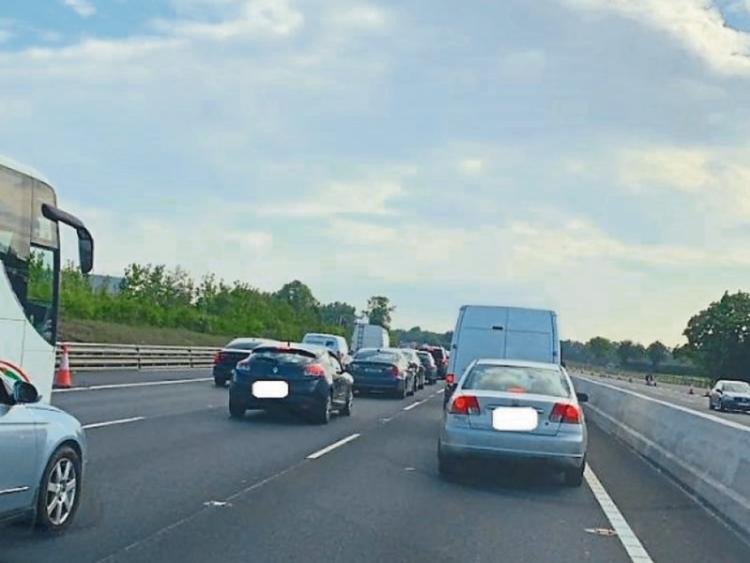 Three lanes on the M7 should be fully operational by next week, significantly reducing journey times, according to Transport Infrastructure Ireland (TII).

Joint contractors SIAC/Colas had stated in April that the project would be substantially completed at the end of July, which is tomorrow.

Sections of the 13.5km roadworks zone already have three lanes in operation and commuters have reported that several minutes have been shaved off their journey times.

However, the widened motorway will be fully tested from September onwards when schools and colleges return and add to traffic volumes.

A TII spokesman said: “It is anticipated that by the first week in August both eastbound and westbound carriageways will be three lanes operational.”

A speed limit of 80km per hour will apply as limited works will be continuing in the hard shoulder and roadside verge areas.

The TII also confirmed that a total of 14,500 speeding fines have been issued to motorists who broke the 60km speed limit between Junction 8 and the M7/M9 merge.

In addition, official figures show that there has been an estimated 241 collision incidents within the roadworks zone since work began.

It’s also unlikely that the 120km per hour speed limit along the M7 roadworks zone will be re-instated until mid-September when extra works on the Hard Shoulder and roadside verge are completed.

The TII said motorists should notice a difference to their journeys, particularly on the commute home, when the lanes open.

“To have three lanes operational by the time people are back to work and school, that will be a good thing,” a spokesman told the Irish Times.

According to SIAC and Colas, there has been an average of between 200 and 300 personnel working on the road every day while a total of 78,000 motorists use the route per day.

The M7 widening scheme is part of a major three-element project which also includes the M7 Osberstown Interchange and the R407 Sallins Bypass — which is due to be completed by the end of this year.