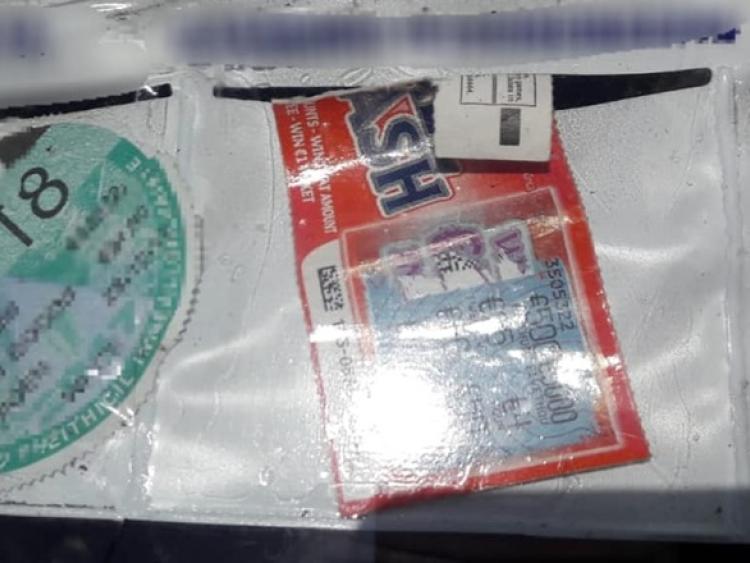 'Unlucky,' a Carlow driver stopped by Gardaí had a Lotto scratch card as an insurance disc - not to mention that the motorist's tax is out of date since February of last year.