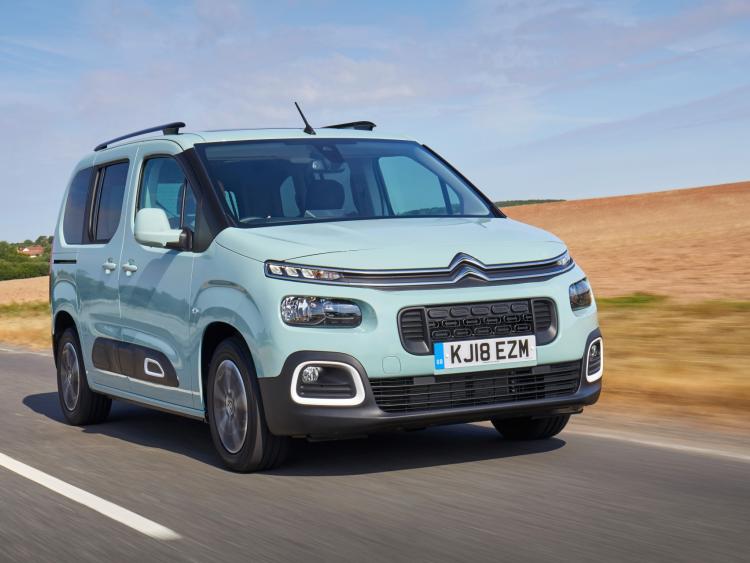 New Citroën Berlingo was named MPV of the Year at the prestigious What Car? Car of the Year Awards in London

With more than 25,000 orders already placed worldwide since its launch in September 2018, New Berlingo – Citroën’s third-generation Leisure Activity Vehicle - has scooped the MPV of the Year prize at the What Car? Car of the Year Awards.

Editor at What Car? Steve Huntingford, who presented the trophy at this year’s glittering ceremony at London’s Grosvenor House Hotel, said: “New Berlingo offers so much for so little. You’ll be hard pushed to find something so cavernous for the money. And with a ride that’s comfier than that of its rivals, which cost a lot more, similar levels of performance and fine economy, New Berlingo is a great all-rounder."

As one of the forerunners in the Leisure Activity Vehicle sector since 1996, Berlingo passenger models have been referred to as 'vehicles for every occasion’. New Berlingo features class-leading interior modularity, including three individual rear seats and a new-generation Modutop® multi-function roof.

Managing director at Citroën UK Karl Howkins, who accepted the award, said: “It’s a huge honour to receive this accolade for New Citroën Berlingo. We are proud to say that all our vehicles are inspired by our customers and New Berlingo is no different. Driver and passenger comfort is our passion, and it’s great to see this latest addition to the range being recognised for exactly that, not to mention its fuel economy, practicality and flexibility.”