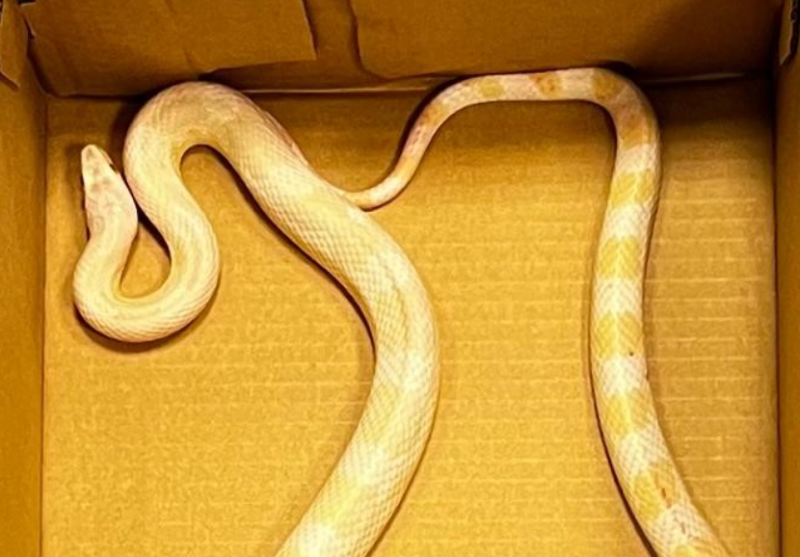 Gardai have issued an appeal to find the owner of an exotic snake found over the weekend.

The reptile, believed to be a snow corn snake, was discovered in Lucan in Dublin on Saturday (May 7).

It was kept for the night in Lucan Garda Station before being moved to the National Exotic Animal Sanctuary on Sunday (May 8).

According to Ireland's largest pet retailer, Maxi Zoo, corn snakes are not poisonous and are "relatively small" at an average of 90 to 130cm.

If well cared for, they can reportedly live for 15 to 20 years.

It's not the first time a corn snake has been found in Ireland - the creatures are known as great escape artists - with one discovered in South Tipperary in 2018.

Anyone with information on ownership of the snake in Lucan is asked to contact Lucan Garda Station on 01 666 7300.