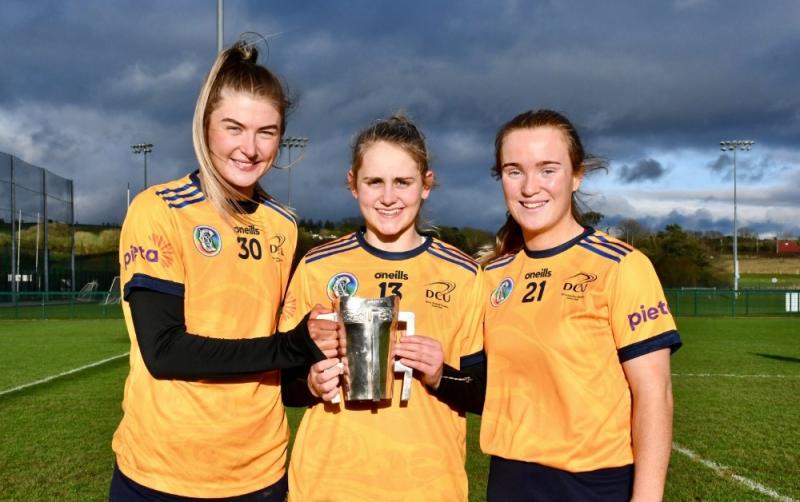 DCU came out on top in an all-Dublin final to get their hands on the Ashbourne Cup for the first time in the competition’s long history at the WIT Arena in Carriganore, beating UCD by 1-14 to 0-5.

Though UCD have a successful record in the top grade of third level camogie competition, they had not been triumphant since 2008 and the final pairing was a fresh one after the dominance of WIT and UL in the past decade.

The Deise were well represented in the finale with Gailltír's duo of Hannah Flynn and Ciara Jackman, alongside De La Salle's marquee forward Abby Flynn, causing UCD quite a few headaches on the day.

DCU pulled inexorably clear in the second half and impressive Waterford attacker Abby Flynn put the icing on the cake with a simple finish for a goal in the 56th minute, after being set up with a hand-pass from Westmeath full-forward Ciara O’Looney. Cass’s Dicksboro clubmate Caoimhe Dowling had done well initially to gather possession initially.

That made it 1-13 to 0-4, which indicates the level of control Seamus Kelly’s side had exerted even prior to Flynn’s close-range finish.

Flynn’s pace and accurate shooting were a feature of DCU’s performance, the De La Salle sharpshooter finishing with a goal and five points to her name but in truth, the Glasnevin outfit were on top all over, with Ciara Phelan, Sarah Harding Kenny and skipper Ciara O’Connor among plenty others that stood out.

Sorcha Ryan battled hard at full-back as UCD never gave up but they couldn’t threaten from the time Fitzgerald opened the scoring.

Fitzgerald was among a quartet of players who notched up a brace of scores, Ava Lynskey, recent All-Ireland club final player of the match with St Rynagh’s Kate Kenny and O’Connor, who split the posts with the last puck of the sliotar from a free wide on the right sideline, the others, while the industrious O’Looney also registered a deserved score.

UCD just couldn’t make any inroads and were second best in most sectors of the pitch, relying on placed balls from Amelia Shaw, Niamh Comerford and Moira Barrett to get the scoreboard moving.

In all, 34 teams and more than 700 players have been involved in the four third level championships, since they got under way in September and today was certainly a memorable one for the Couch sisters from Dublin emerging victorious from the day’s two finals.

Zoe was part of a dominant half-back line for DCU. Earlier on, her twin Jody, as well as another sibling Gaby were involved as TU Dublin made it a fantastic double on the day for Dublin sides in the Purcell Cup final. Six consecutive points after the restart proved decisive and though NUIG fought back and got to within three, they had left themselves too much of a mountain to climb and fell short by 0-12 to 0-8.

The win sealed a remarkable double for TUD, who on Saturday, also won the Corn Uí Mhaolagáin with their second team overcoming UL by 0-9 to 0-4.

In the weekend’s other decider, UCC got what would prove to be a forgettable 24 hours under way for UCD by coming out on to pin the Fr Meaghair Cup final by 1-9 to 1-8.