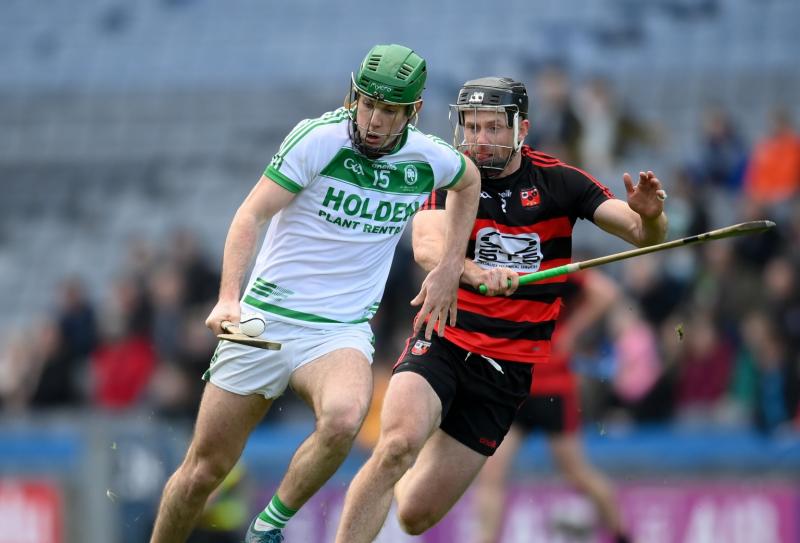 Shamrocks of Ballyhale's incredible unbeaten run in the All-Ireland championship is at an end after Ballygunner sub Harry Ruddle scored a goal with the last puck of the game and denied James O'Connor's side a historic third title on the trot.

The victory for Ballygunner is the first ever from a Waterford club and they couldn't have done it in more dramatic circumstances.

Shamrocks will still be wondering how they didn't get their hands on the Tommy Moore Cup for a ninth time ever and they had some heroic performances from the likes of the Reid brothers who were all superb but it proved to be Ballygunner's day.

An Eoin Reid goal in the 37th minute that put the Kilkenny side five points to the good looked like it would be enough to see the Shamrocks over the line but Ballygunner had other ideas.

Dessie Hutchinson scored 1-3 from play in total and his crucial goal which arrived ten minutes after Reid's effort gave Ballygunner a lifeline.

Even at that Shamrocks still held the edge and they responded with Adrian Mullen, TJ Reid and Richie Reid to go four points clear with only five minutes left on the clock.

Ballygunner kept pushing though and efforts from Hutchinson, Pauric Mahony and Kevin Mahony left only a point between the sides entering stoppage time.

Shamrocks extra experience appeared to be telling when Evan Shefflin pushed the lead out to two points but ironically like they did against both St Ryangh's and St.Thomas, Ballygunner had one last chance and Harry Ruddle certainly took it as he fired past Dean Mason from distance.

Referee James Owens didn't even afford Shamrocks the time for one more attack as he blew the whistle within seconds of the sliotar finding the net.

Waterford people encouraged to have their say on rivers

Tramore Eco Group shows the impacts of plastic on the coastline