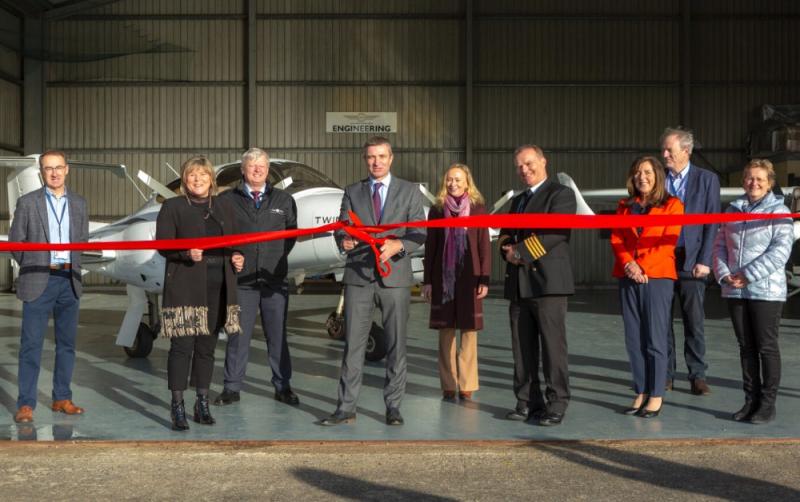 AFTA CEO, Mark Casey said the company is 'delighted' to open at Waterford Airport and it is a vital component of Ireland’s airport infrastructure which offers first-class facilities and services to operators.

2,300 graduates stem from AFTA and many graduates are employed with leading airlines including, Ryanair, Aer Lingus, easyJet, British Airways, and more.

The addition of the enhanced maintenance facility will add extra high-skill jobs for the Waterford region, according to AFTA.

Minister of State with responsibility for Skills and Further Education, Niall Collins TD said AFTA's new aircraft maintenance facility at Waterford airport is an investment in the future of Irish aviation outside of Dublin.

"It is providing the essential infrastructure to support the ever-growing pilot training academy and creating highly skilled jobs for aircraft engineers and pilot instructors. Making education and training available to people where they are, near to home so they don’t have to leave to learn or to get a job is a key priority." added Mr. Collins.

Waterford Airport Manager, Aidan Power said Atlantic Flight Training Academy has been utilising Waterford as a training airport for the past 24 years and in 2018 committed to a full-time operational base at the airport.

"During the last three years pilot training at Waterford has grown exponentially. We look forward to seeing the base grow over the coming years, creating more jobs for the region and we wish AFTA and especially all the cadet’s training at Waterford every success in their airline careers.”