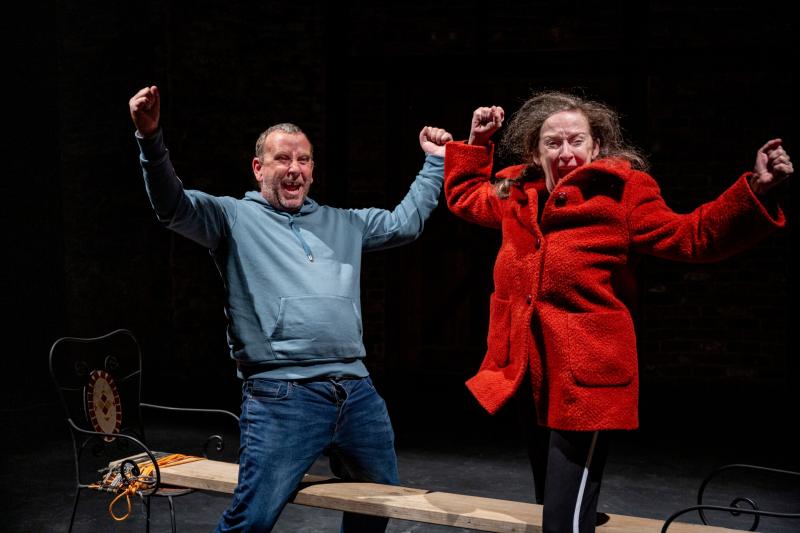 Theatre Royal Waterford welcomes live, local theatre back to its stage this weekend with Flood by Ger Bourke, directed by Jim Nolan.

A co-production of Bag-a-Cats and Rigout Productions, this riveting play stars Jenni Ledwell and Joe Meagher as Stella and Jack, a married couple in their fifties adrift in a small boat in modern day Ireland.

The rising water has knocked out all lines of communication. Power lines. Electricity. Television masts. Phone masts. Covered all stop signs. As they desperately bail water from their now sinking boat, the interaction becomes frantic. Can anything be salvaged from a marriage that is literally and metaphorically ‘on the rocks', before it is too late?