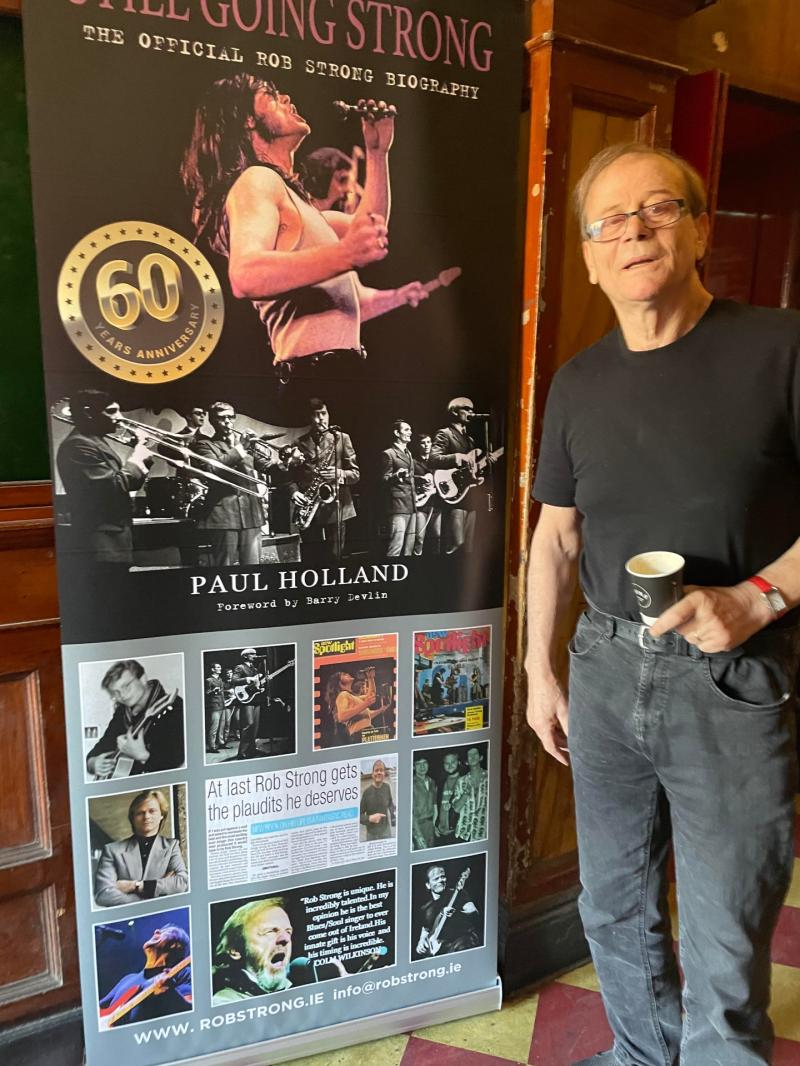 The legendary Rob Strong returns to Waterford's Theatre Royal next week after a fantastic reaction to his concert there in August 2020.

Rob has always enjoyed a big following in the city, going back to the days of The Plattermen, when Rob was the iconic band's lead singer and often played such wonderful venues as The Olympia Ballroom in Parnell Street.

The Derry man recently celebrated an amazing 60 years on the road, and as the title of his recently released biography suggests, is ‘Still Going Strong’!

Rob started out with The Polka Dots in Omagh in 1965 in the Showband era and progressed to front The Plattermen, one of the biggest bands in Ireland in the '60s and '70s.

Rob spent a year with Johnny Logan in a band called The Giants in 1975 and also fronted The Las Vegas Showband with Kelley, The Rockets and for over 30 years, The Rob Strong Band, in a career that has spanned almost six decades.

The man known as “The Godfather of Irish Soul”, once turned down the opportunity to become the lead singer of Deep Purple, while his son, Andrew Strong, starred as Deco Cuffe in “The Commitments” the smash-hit movie worldwide in 1991.

Rob’s daughter, Niamh Strong, is a fabulous singer in her own right and frequently guests with The Rob Strong Band, which includes two more fabulous musicians,  Sean Behan on lead guitar and Cormac Crowley on drums.