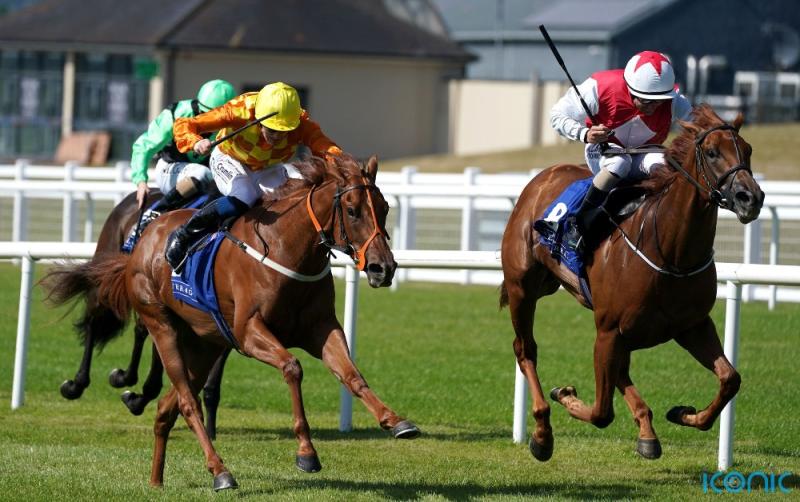 Trip to the Breeders’ Cup now in the offing

Treasure Trove is a possible for the Breeders’ Cup after powering home to secure top honours in the Heider Family Stables Round Tower Stakes at the Curragh.

Making a quick reappearance after landing the Listed Roses Stakes at York a week ago – having been second at this track the week before that – Paddy Twomey’s filly was the 6-4 favourite as she had her sights raised to Group Three company.

Given a patient ride by Billy Lee, the daughter of Siyouni found top gear quickly once popped the question to make significant inroads on the leaders.

Previous course winner Ocean Quest refused to bend against the rail, but Treasure Trove eventually reeled her in to prevail by a short head.

Coralillo and Apricot Twist finished close up in third and fourth respectively.

“She was in great form after she won in York last week. Before she got in the truck three or four hours later she polished off two bowls of nuts. She’s got the mental attitude for it.

“She’s tough, she’s versatile and she’s a two-year-old. They would like to keep her busy. The Breeders’ Cup Juvenile (Turf) Sprint on the grass in Keeneland is a possibility.

“Every time she comes out she runs better than the time before, she enjoys it.”