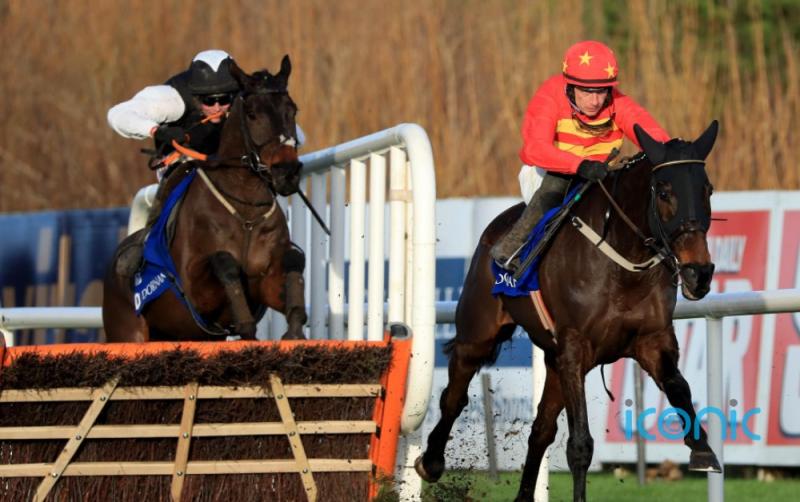 Flooring Porter will not run again before defending his crown in the Stayers’ Hurdle at Cheltenham after filling the runner-up spot when bidding for back-to-back wins in the Christmas Hurdle at Leopardstown.

A faller on his seasonal reappearance at Navan, Gavin Cromwell’s stable star engaged in an intriguing clash with the Willie Mullins-trained Klassical Dream in Tuesday’s Grade One contest.

Klassical Dream lunged forward as soon as the tapes went up and stole several lengths at the start, after which he was pursued by Flooring Porter for the remainder of the race.

Cromwell’s charge was ultimately unable to reel in the leader, but emerged with plenty of credit after being beaten just two lengths and a rematch is likely to be on the cards at Cheltenham in March.

“I was delighted with the way he ran. He ran a good, solid race and it was a long way back to the third horse,” said Cromwell.

“The winner is obviously very good and I don’t know if we ever would have beaten him, but under different circumstances maybe we would have had a chance.

“It was a serious performance by both horses. We’ll go straight to Cheltenham now. That’s the route we took last year and it worked, so we won’t try to change it.”

The trainer’s other two runners in Grade One races over the festive period also had to make do with minor honours.

Cromwell added: “I was a little bit disappointed with Vanillier, to be honest – I thought he’d run better than that. He was a bit novicey at a couple of fences, but he jumped well on the whole.

“If you’re thinking about Cheltenham, you’d have to be looking at the National Hunt Chase for him.

“Gabynako ran a bit flat. I’d say Fairyhouse (when second in Drinmore Novice Chase) took its toll on him as he didn’t have the spark he had in his previous races.

“I’d say he’ll go straight to Cheltenham if that’s where we’re going. He could go for the two-and-a-half-mile novice or the three-mile.

“I think we’d be very conscious to try to avoid Willie’s horse that won the beginners chase in Leopardstown (Galopin Des Champs) – he was very impressive.”