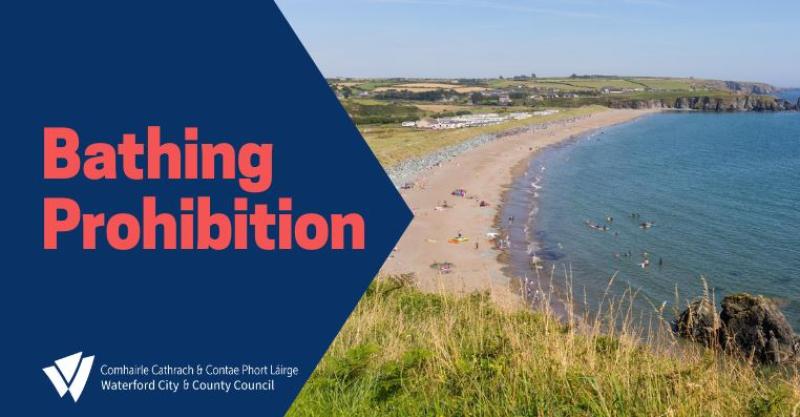 Due to high bacterial count bathing is prohibited at Bunmahon, it has been announced.

Waterford City and County Council said the likely cause of the high readings is the recent high rainfall.

The 5km sandy beach, located between Tramore and Dungarvan, is a popular location.

However, swimming at this location, when allowed, is only advised for experienced swimmers.

This is the second recent bathing prohibition in Waterford, after another one was was put in place at a popular Blue Flag beach last month.

Bathing water at Councillors Strand in Dunmore East was temporarily prohibited due to the discovery of bacteria levels above safe levels.

The decision was made after water samples were tested and revealed unsatisfactory results.