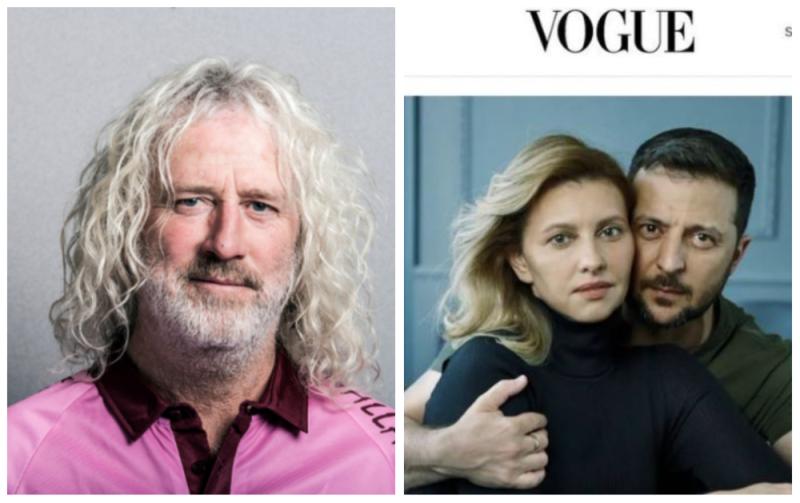 An outspoken Irish MEP who represents Waterford as part of the South consituency has hit out at Ukrainian President Volodymyr Zelensky for posing for Vogue magazine with his wife while his people are being killed during the Russian invasion.

MEP Mick Wallace said there have been "reports of Ukraine losing 1,000 soldiers a day".

However, he said the Ukrainian President "seems safe" as he "sends the less privileged to war to facilitate the US/Nato agenda".

This was going on, he said, while an "inept and compromised EU dances to [the] US tune, at the expense of their citizens with self-defeating sanctions".

The reaction to Volodymyr Zelensky and his wife Olena Zelenska’s cover story has provoked a mixed reaction with some questioning their appearance while the war rages, while others praised their bravery.

They're reports of Ukraine losing a 1000 soldiers a day, but seems #Zelinsky is safe, as he sends the less privileged to War to facilitate the #US #NATO agenda, while an inept and compromised #EU dances to US tune, at the expense of their citizens with self Defeating Sanctions... https://t.co/qCifIy8XSn

The couple spoke to Vogue in Kyiv in an in-person interview.

Mick Wallace is a controversial figure, having been disqualified in 2017 for six years from involvement in companies after admitting he knowingly underdeclared his company's VAT returns.

He is an outspoken member of the European Parliament. It recently emerged that his close ally, Clare Daly has been placed on a list by Ukrainian secret service, having been accused of promoting 'Russian propaganda'