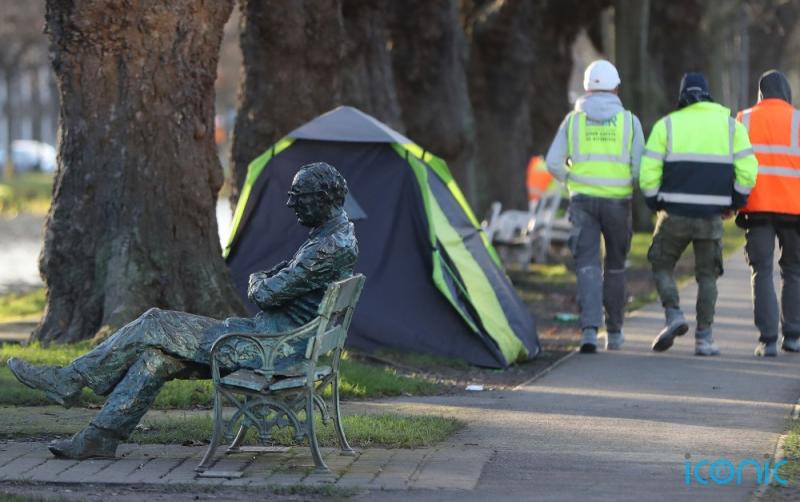 According to Department of Housing figures for May, the number of homeless adults and children is still rising – with a charity warning that the figures will continue to increase as people struggle with the cost of living.

The department’s latest monthly figures show there are 7,297 adults and 3,028 children registered as homeless – a total of 10,325.

This is an increase from the 10,049 adults and children who were recorded as homeless in April.

There were 1,366 families recorded as homeless in May, 58 more than the previous month, which housing charity Focus Ireland called a “significant” increase.

According to the department’s report for April, 1,246 homeless people were aged 18-24, which represented the highest number of young adults ever recorded in the department’s official figures.

The corresponding figure for May was 1,242.

Focus Ireland said the figures showed “a record” of 5,054 single people without a home.

The charity also said there were 276 more people homeless in May compared with April and 2,334 more than a year ago, which represents a 29% increase.

Child homelessness has also increased at “an alarming” rate compared with this time last year, when 2,148 children were recorded as homeless, it added.

Focus Ireland chief executive Pat Dennigan said: “As well as facing the housing and homeless crisis, we are now facing one of the worst periods of inflation in living memory.

“In addition to rocketing rents, vulnerable people nationwide are struggling to pay their petrol energy bills and many families can barely put food on their table.

“If urgent action is not taken by the Government, we will undoubtedly see these figures rise in the coming months.

“It is terrible to see that the progress made through such challenging work during the pandemic has so quickly been lost, and we are back to rising numbers of adults and children experiencing homelessness.”

Mr Dennigan said the “discretionary” increase from 20% to 35% will help, “but the measure needs to go further, and it only applies to Dublin”.

“We hope these welcome but limited initial announcements by Minister O’Brien are only part of what he plans to do and there will be further announcements as the legislation is published,” he added.