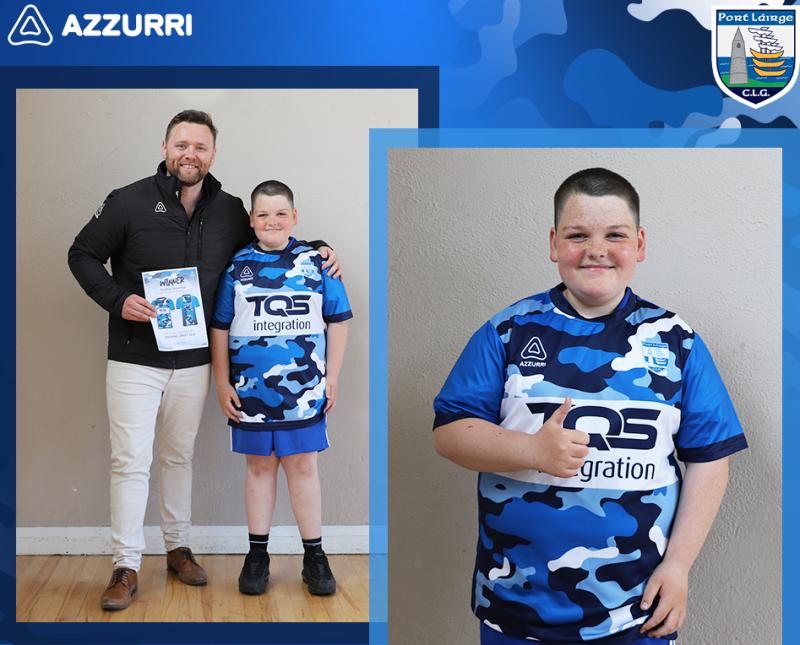 The winner of a jersey design competition for Waterford GAA has received his prize, including a real-life version of his jersey.

The organisers of the competition, Azzurri Sport, said: "Stephen's very creative and unique design was chosen out of 500 entries and later made into the real deal which is available to shop online and in-store.

"It was an absolute pleasure presenting the finished jersey to Stephen in front of his school in Dungarvan."

Azzurri described Stephen as "a talented young man with a very creative flair."