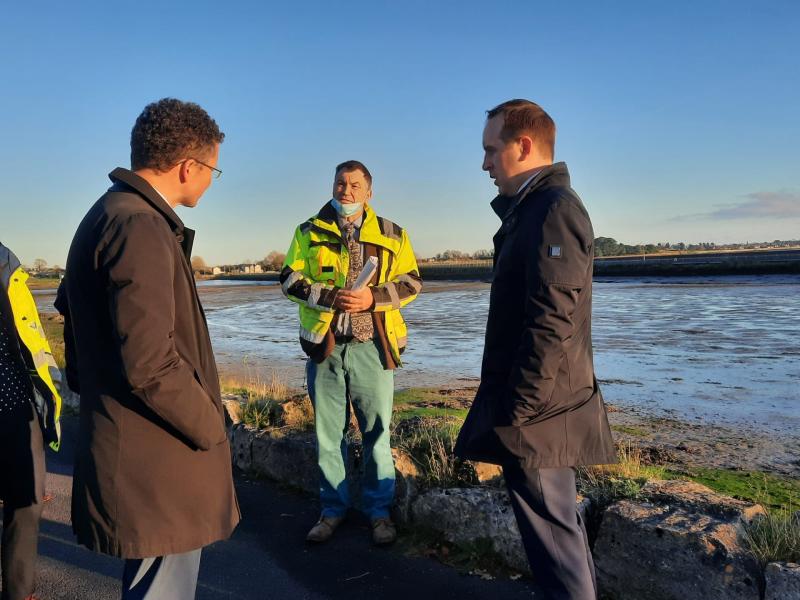 The Minister of State for the Office of Public Works has met with Waterford Council and OPW engineers to discuss local flood mitigation projects in the county.

Speaking about the Minor Flood Mitigation Works and Coastal Protection Scheme, the minister said, "Since the scheme’s inception in 2009, the OPW has approved funding for 14 applications from Waterford County Council totalling €1,046,360 in support to the local authority."

According to Minister O'Donovan, the funding has allowed Waterford County Council to carry out what he called necessary flood mitigation works.

He continued: "It will be vital, too, for future projects that are required in the area such as a Coastal Flooding and Erosion Risk Management Monitoring Survey for Dungarvan and the Cunnigar."