Waterford has a new county council in former Greenpeace activist 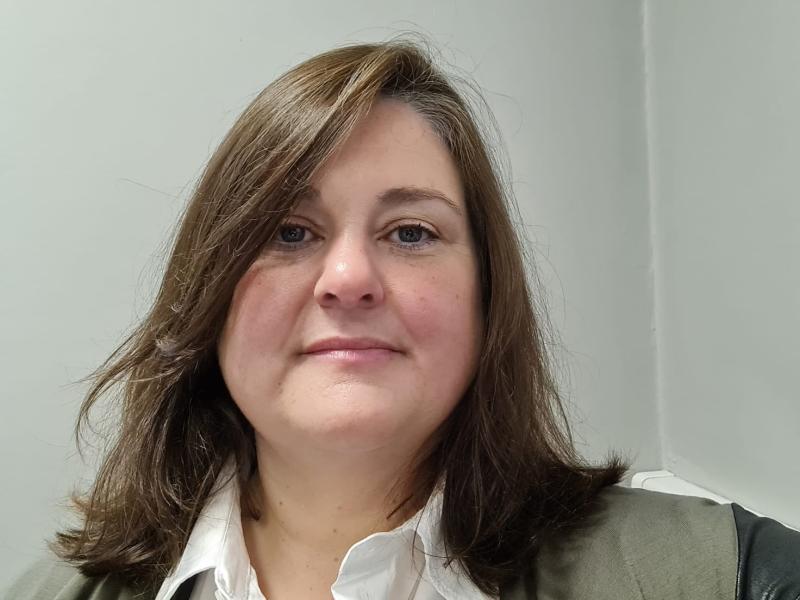 Waterford has a new county council in former Greenpeace activist

Former Greenpeace activist and mother of four, Cristíona Kiely, has taken the Green Party seat on Waterford City & County Council recently vacated by the resignation of Susan Gallagher who stepped down due to work commitments.

The seat was initially filled by Marc Ó Cathasaigh TD, who stepped aside after his election to the Dáil in February 2020.

Cllr Kiely was selected for co-option following a selection convention in the Waterford branch of the Green Party and a subsequent postal vote.

Referring to the Climate and Biodiversity crises at her first council meeting, the former Greenpeace ships crew member and activist said that all politicians need to play their part:

“I want to focus on the climate and biodiversity crises and our environment in general. Our planet is on fire and these existential issues must be a top priority for us all and can no longer be left to the Green Party or the environmental movement to address. We are now seeing politicians at all levels from all parties and none step up to the plate and I am proud to be part of this recognition of the severity of the threat facing us. It’s no longer just far off in our children’s futures. It’s here, we can see it, we all must act.”

As an advocate for women in business and politics, Cllr Kiely spoke in the council meeting about her plans to put women and sustainable business and development at the heart of her Council work.

“I want to shine a light on women in politics and diversity so that politics in Ireland reflects our country in the 2020s. I want to promote and support small business, women in business and the greening of business as we emerge from the pandemic into a new world, a world with new challenges but also new opportunities.”

Describing her current work as a Secretarial Assistant to Deputy Ó Cathasaigh, Cllr Kiely says she is well placed to forge strong links between her upcoming work in the Council and the day to day workings of decision-making at a national level.

“I will continue to work with my Green Party colleagues Marc Ó Cathasaigh TD, Grace O’Sullivan MEP and Cllr Jody Power and I look forward to pushing for Waterford to be on the agenda at every political level. Waterford is the only city outside of Dublin to have Green representation at a local, national and European level. I’m enormously proud to be joining a strong, efficient and dedicated team and I’m looking forward to rolling up my sleeves, representing the people of Waterford, and
doing everything I can to make a positive contribution to the future of the city and county.”

Speaking after her co-option, Councillor Kiely, a mother of four said: “My children give me the drive to take on this role so I can help create a better future for them here in Waterford. They are enthusiastic and supportive as I become a councillor and they have already given me a list of jobs for my new position. I am proud of my wonderful children every day and they are especially proud of their Mam today.”

As he congratulated his Green Party colleague, Assistant Government Whip and Green Party spokesperson for Social Protection Marc Ó Cathasaigh TD said that Cllr Kiely brings unique and outstanding experience from her years as an environmental and community activist, businesswoman and mother.

“Cristíona Kiely has lived out her Green principles since her time on the Greenpeace boats and before, and I’m delighted to see her step into the role of councillor to bring those values and experiences to representational politics. I first came to meet Cristíona when I was teaching her kids, but since then she has been a campaign manager, a sounding board, an assistant, and a trusted and valued friend.

"She has a deep understanding of small business and community enterprise which I think will be an invaluable perspective in her council work alongside traditional core Green competences. Her wisdom, intellect, and unshakeable moral core, married with her positive and engaging outlook, will make her an excellent councillor for Waterford and for the Green Party.”

Congratulating Cllr Kiely on her selection, Ireland South MEP and Green Party Spokesperson for the Marine Grace O’Sullivan said that our new councillor is sure to be a proactive and committed addition to Waterford City & County Council.

“I first met Cristíona when we were fellow activists with Greenpeace in the 1990s. I can hand on heart say that Cristíona has what it takes to make a positive and meaningful contribution in her work for the people of Tramore and Waterford. She’s a strong, intelligent, articulate woman who is completely committed to the Green agenda. She has an activist’s spirit and energy, a businesswoman’s common sense and instinct around progress, and a mother’s heart and compassion. She is a sincerely good person who will say it like it is. I wish her the very best of luck and I look forward to following her political career.”

“Cristíona is a hardworking and popular Green Party member. I am really looking forward to working with her on Waterford Council and to the good green things to come for Waterford through our common endeavour.”

Cllr Kiely lives in Tramore with her husband and four children. In her spare time, she enjoys sea-swimming, walking and reading and is very much looking forward to returning to pre-pandemic hobbies of Dragon Boat Club, travelling, attending concerts and being a scout leader.

County by county breakdown of Covid-19 rates as cases increase