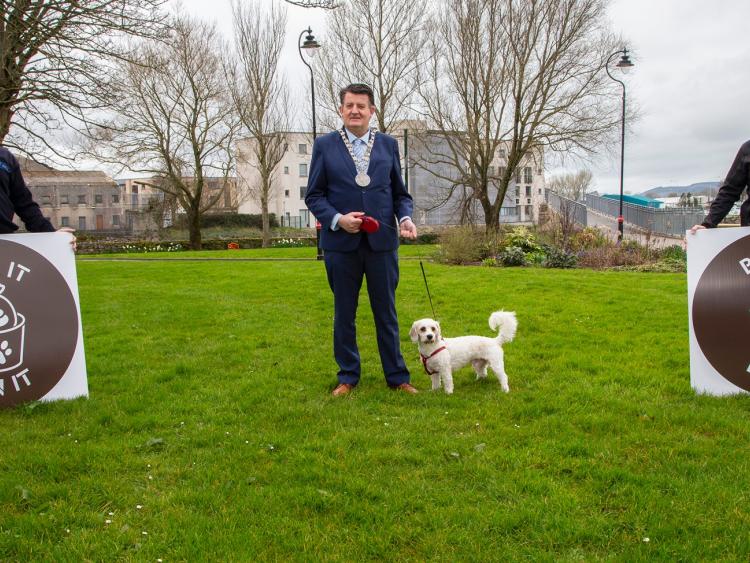 Waterford City and County Council together with Carlow, Kilkenny, Wexford Councils have launched a new anti-dog fouling campaign asking dog owners to clean up after their dog.

The campaign promotes the simple theme 'Bag it and Bin it'.

Launched on March 22, this campaign is set to run for the remainder of 2021 and is set to firmly emphasise that dog fouling is your responsibility as a dog owner.

The campaign will address a range of issues surrounding dog fouling, from its effect on the public who use our streets, parks and beaches, attitudes to cleaning up as dog owners, health issues and civic pride.

Speaking at the launch of the anti-dog fouling campaign, Mayor of the City and County of Waterford Cllr Damien Geoghegan explained: “Currently there are some dog owners who do not clean up after their dog and some who clean up but leave the bag on a wall, tree or ground when nobody is watching. We believe that a relatively small proportion of dog owners behave badly in this way, but it has a big impact on others who use our public spaces including children, walkers, wheelchair users, runners and ball players.  Whether you walk your dog on a street, in a park or on a beach, the message is simple: Bag it and Bin it.

“If you don’t pass a bin on your walk home, then simply put the bag in your black bin when you reach your house. It may not be the most glamorous part of owning a dog, but it is part and parcel of it all the same,” he added.