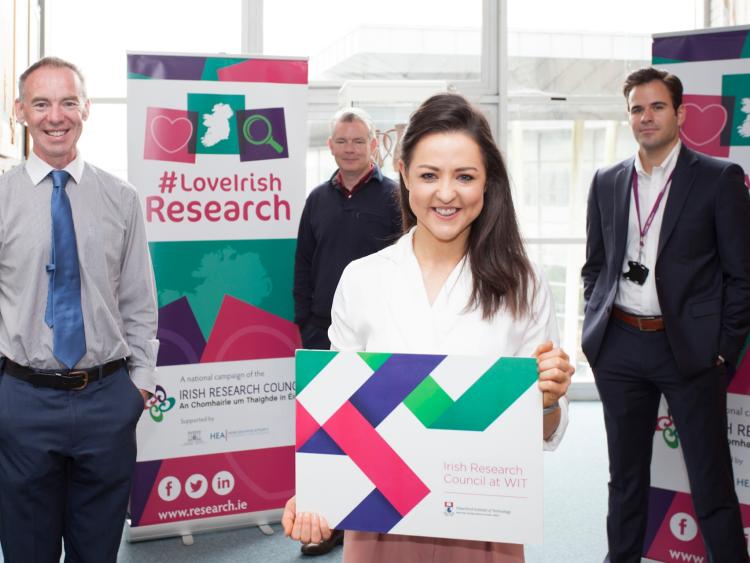 UPMC and Waterford Institute of Technology (WIT) are working together on an exercise oncology project with the aim of developing the most effective prostate cancer-specific rehabilitation programme.

The project, funded under the Irish Research Council’s Employment based programme, focuses on a comparison of aerobic and resistance exercise for counteracting adverse effects of hormone therapy in men with prostate cancer.

Kira Murphy, principal researcher and a PhD student in exercise oncology at WIT, plans to investigate and compare a six-month supervised exercise intervention with resistance versus aerobic emphasis.

Kira, originally from Gorey, Co Wexford and former student of Gorey Community School, has been working as a senior radiation therapist in UPMC Hillman Cancer Centre in Waterford since graduating from Trinity College Dublin nine years ago.

The research is in partnership with UPMC Hillman Cancer Centre at UPMC Whitfield in Waterford and under the supervision of Dr Michael Harrison, head of the Department of Sport and Exercise Science at WIT, and Dr Dayle Hacking, medical director and radiation oncologist at UPMC Whitfield.

“Exercise oncology is one of the fastest-growing domains in health-focused exercise physiology. The research evidence linking exercise to quality of life and to mitigating the side effects of specific cancer treatments is central to the international consensus reports,” said Ms Murphy, who has worked at UPMC Whitfield for eight years.

Ms Murphy, who earned her BSc in Radiation Therapy from Trinity College, said her ambition is to pursue a career in applied research in the Irish exercise oncology sector, translating research into clinical practice.

“This project in prostate cancer will build on previous exercise oncology research at WIT in cancer-related fatigue,” said Dr Harrison.

“Ultimately, the goal of these research studies is to optimise exercise for individuals with cancer, before, during and after treatment. The research will be translated into exercise programmes such as the ExWell@WIT programme.

"Kira has been working hard on this project for almost 18 months now, and the IRC scholarship is recognition of the value of this project and her own potential as a research leader in the exercise oncology field.

"As a radiation therapist, she already has considerable experience working with men with prostate cancer. The project will also deepen health-related research between WIT and UPMC as they work together to roll out innovative exercise rehabilitation programmes in the South East.”

Dr Hacking of UPMC added: “As co-funders of the scholarship and world leaders in the treatment of cancer, UPMC is delighted that Kira has been chosen for this important research project. This scholarship will support our global efforts to achieve better patient outcomes with evidence-based, personalised care.”