'We can make a difference': RTÉ presenters launch Tech2Students appeal for Leaving Certs 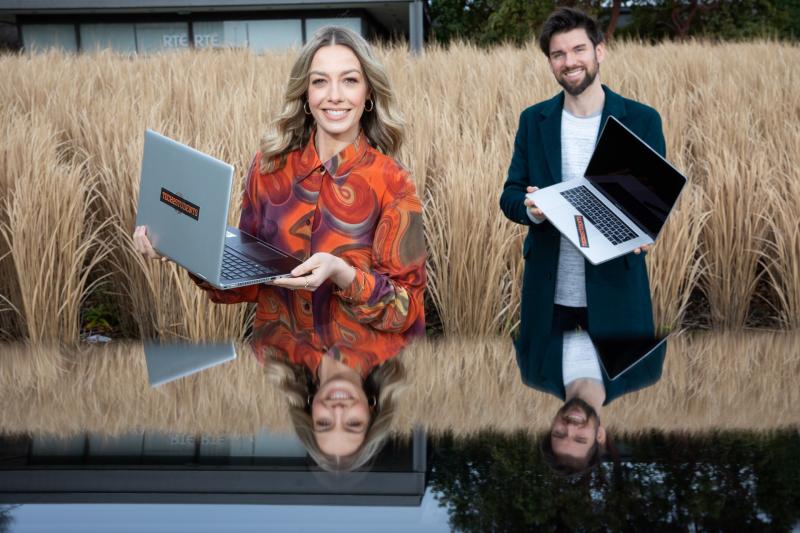 RTÉ has launched the Tech2Students campaign to get laptops to students who need them most around the country.

An initiative by Camara Education Ireland and Trinity Access (Trinity College  Dublin), Tech2Students seeks to bridge the digital divide so no-one gets left behind as learning continues online in 2021.

Tech2Students has been repurposing laptops and chromebooks for Leaving Cert students from disadvantaged groups including those in DEIS schools, in direct provision, adult learners in vulnerable groups, as well as youth groups such as Foróige and An Cosán.

RTÉ is lending a hand to supersize the initiative and has brought An Post on board as delivery partner alongside ESB, NUI Galway Access Centre and Rethink Ireland.

RTÉ 2fm’s Eoghan McDermott said: "Thousands of students around the country are shut out of virtual classrooms and are falling behind. We need to change that! We’re calling on businesses and individuals to make a donation at techspace.ie with the aim of raising €1 million or 5,000 laptops."

Bláthnaid Treacy said: "No student should be left offline and we can make a difference. Go to techspace.ie to find out how to donate, either money or a disused laptop. Every laptop counts and goes directly to someone who need it."

Marianne Checkley, CEO of Camara Education Ireland, said: "It's critical for us all to get together and act on the growing digital divide across the country. Students who are completely disconnected from their teachers and schools over the last year are making amazing efforts to keep up in challenging circumstances. We need to get them back on a level playing field so they have the opportunity to fulfil their potential."

Dr Cliona Hannon, director of Trinity Access, said: "One in two Leaving Cert students in many DEIS schools do not have access to an adequate device for online learning, which puts them at a significant disadvantage. This is one practical way we can support young people by connecting them to learning and to each other."