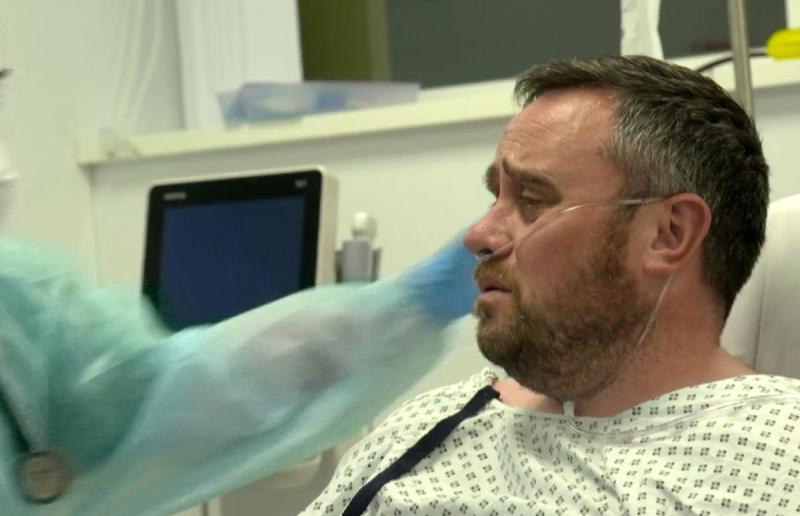 This Tuesday, RTÉ Investigates: Covid-19 - The Third Wave takes viewers into the heart of Tallaght University Hospital, where once again frontline staff face enormous challenges in the latest surge of Covid-19.

Revealing the true picture behind the ongoing headlines and daily numbers, the compelling documentary shows doctors and nurses fighting to keep Covid patients alive in the current third wave.

The Third Wave has brought the pandemic to significant new levels in Ireland. Going behind-the-scenes, the documentary reveals patients and staff confronting what is, for many, the greatest challenge of their lives.

The increased spread of the virus during December left hospitals facing a massive spike in the number of cases requiring critical care.

By mid-January ICUs were full with many hospitals forced to use their surge capacity. In Tallaght University Hospital some operating theatres were converted into ICU wards.

The virus is now affecting more younger people. They are presenting at Emergency Departments a lot sicker and in greater numbers than before.

Witnessing history, RTÉ Investigates filmed at the peak of the pandemic in January for this feature length documentary. Giving true insight to the daily news reports, capturing the anguish faced by thousands of families across Ireland and featuring hope that vaccines bring for the future.

Nearly a year on since the virus took hold across the world, medical approaches to treating Covid-19 patients have changed significantly.

Following on from the powerful Inside Ireland’s Covid Battle documentaries filmed at St James's Hospital last summer, the RTÉ Investigates team return, going behind the scenes in another Irish hospital to see what has changed on the frontline six months later in Ireland.

Gareth Grainger, 41, suffers from asthma. He, his wife and their three children all tested Covid positive five weeks ago. He started getting symptoms and thought he wasn’t too bad, but then he went downhill and felt he could hardly breathe.

Gareth's wife Hazel Grainger recalls: "The noises that came out of my husband bringing him into that hospital in the car, I thought he was going to die in the car. That’s how bad he was. That’s how bad he got, so quick. He was terrified. And going in he said 'Hazel, will I come out of here'. And I said 'of course you will Gareth, of course you will'."

Dr Aidan Grufferty of Tallaght University Hospital, who treated Gareth, said of his experience: "Quite a typical young person, early 40’s, struggling and has been struggling, trying to self-care at home but reaching a point in the disease course and typically around this kind of day nine, day 10 that has a deterioration where they can’t sustain their breathing at home."

Gareth's condition deteriorated after he arrived in hospital as he struggled to breathe. When a bed opened up in ICU, Gareth was immediately taken there. For Gareth being awake in the ICU and seeing everything going on was a very frightening experience at times. He didn't have emotional support from family like a normal ICU patient would have. As someone looking at patients who are very, very sick the psychological effect of that can be quite detrimental.

"My husband sent texts to everybody saying his goodbyes basically," Hazel said.

"We built our whole life together from the time we were kids. The whole thought of trying to rear three kids, or even not to have him by my side was just horrendous. Horrendous. I can’t even put into words. My whole life was gone in a matter of seconds. Even though I was braced for it nothing braces you for this. Nothing, absolutely nothing."

Gareth experienced a number of set backs in ICU, but after a week he was finally well enough to be moved to another ward. Gareth has now moved on to Peamount Healthcare Rehabilitation facility as he continues to recuperate.

However, as viewers will see it is a revolving door in ICU, one out, one in as Gareth’s bay is immediately filled. The pressure on bed space is relentless. Only three of 12 operating theatres at the hospital were in functioning at times in January. The other nine have been repurposed as makeshift wards to take the overflow of non-Covid ICU patients.

Watch RTÉ Investigates: Covid-19 - The Third Wave this Tuesday at 9.35pm on RTÉ One and RTÉ Player.