Annual Press Photographer of the Year Awards to go virtual 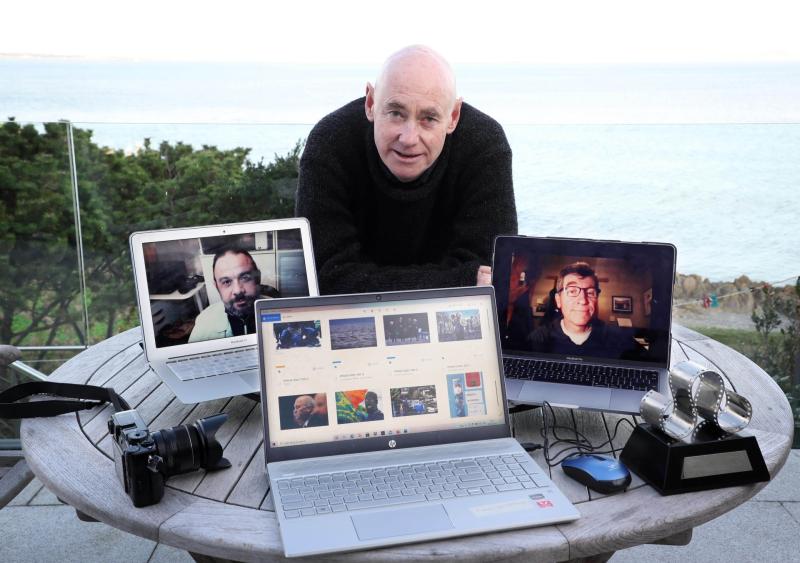 The 43rd annual Press Photographer of the Year Awards, the annual awards of the Press Photographers Association of Ireland, are to be broadcast live online on February 26 2021 in a specially directed awards ceremony presented by broadcaster Miriam O’Callaghan.

The awards, which are open to press photographers from across the island of Ireland, are traditionally announced at a gala awards ceremony in February. However, due to the current pandemic, this year the awards will be announced online, showcasing the very best of Irish press photography to a worldwide audience.

The virtual awards will feature recorded messages from a host of popular Irish figures and stars highlighting the importance of press photography in journalism and, indeed, our society as a vital visual tool in news, views and information sharing.

To mark the profound and tragic events of the past year, shaped by the Covid-19 pandemic, members of the Press Photographers Association of Ireland are forming a historic visual record of Ireland during the past unprecedented year. The collection, which will be shortlisted by the judging panel, will go on display online as well as being offered to the National Archives and National Library System. This stark collection of historic images will pay homage to those who have sadly lost their lives, those working tirelessly on the front line and all effected by the pandemic.

Commenting on the awards, Crispin Rodwell, President, Press Photographers Association of Ireland, said: “It has been an extraordinary past twelve months in the country’s history, during which the members of the PPAI have served their vital role in producing a visual record of the pandemic, which will be preserved in the nation’s archives.

But while Covid-19 has touched every corner of the country and every aspect of Irish society, life goes on and the work and professionalism of our press photographers continues. Our awards recognise and reward the very best press photography from a truly momentous year and this collection of images will stand as a memorial to those that lost their lives and to those that saved many more”.