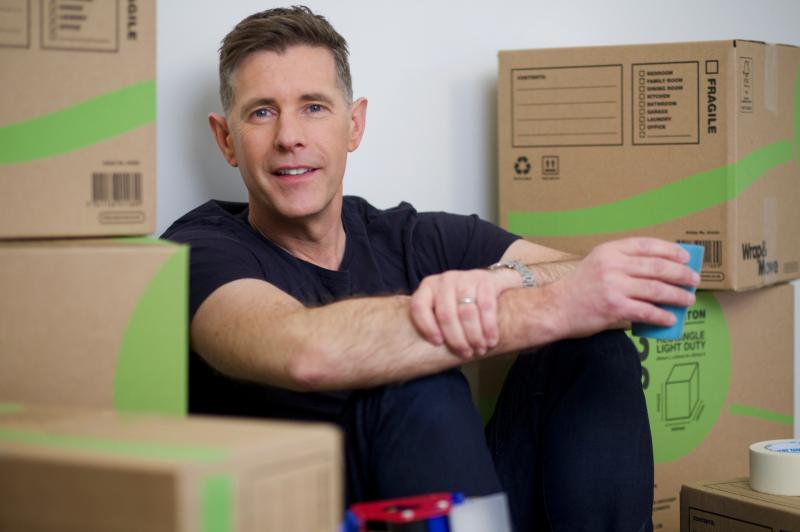 From lockdowns to working from home and remote learning, 2020 was a challenging time for everyone.

Throughout, people across Ireland increasingly turned to television to stay informed, educated and entertained, and RTÉ was the nation’s top choice across all genres with 43 of the top 50 programmes aired on Irish television in 2020. 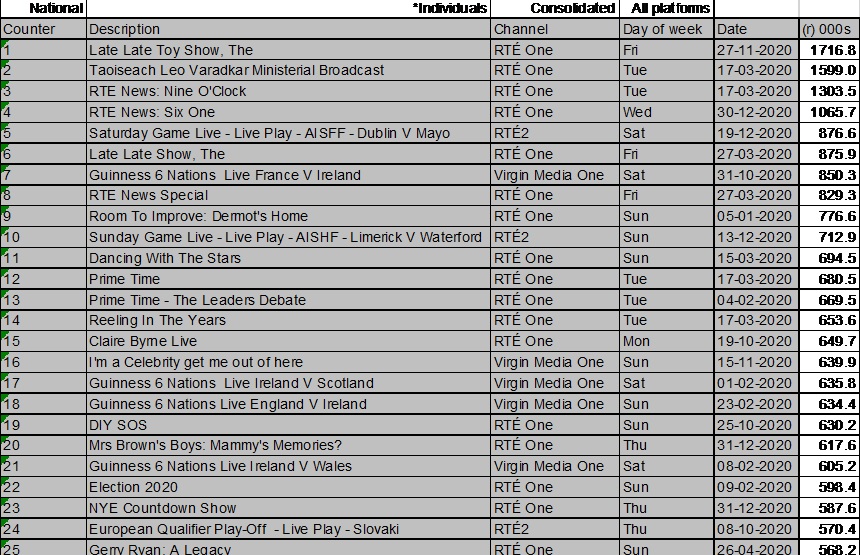 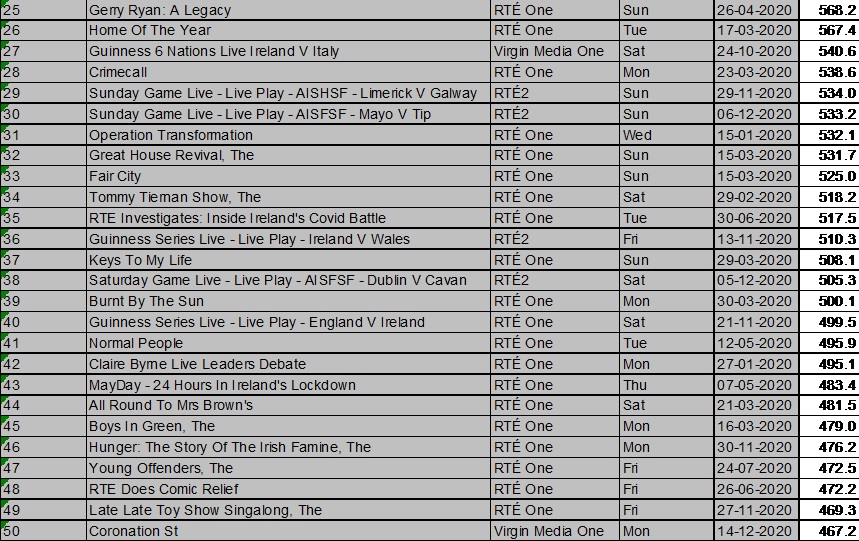 Capturing the highs and lows

In a year when the pubic was asked to stay at home as much as possible, RTÉ brought people together. The most-watched show of the year was The Late Late Toy Show, which once again topped TAM Ireland’s ratings with an average of 1.7 million viewers tuning in for an unforgettable and uniquely Irish evening of joy for people of all ages.

The second most-watched programme in 2020 was the then An Taoiseach Leo Varadkar’s broadcast on St Patricks Day, with 1.6 million viewers.

News and Current Affairs featured strongly in the most-watched programmes. A range of RTÉ News bulletins as well as Prime Time, Claire Byrne Live, RTÉ Investigates and Election 2020 all feature in the Top 20.

Sport continued to entertain us, albeit from our armchairs rather than the stands. The All-Ireland Senior Hurling and Football Finals on RTÉ drew huge audiences and ranked in the Top 10 most-watched programmes this year.

Families turned to home-grown programming in 2020. The most-watched shows included Room to Improve: the Dermot’s Home episode which was watched by 776,600 people.

Also featuring in the top 50 most-watched shows of the year were DIY SOS and The Great House Revival, while the documentary Gerry Ryan: A Legacy was watched by 568,200 last April.

Dancing with the Stars, Operation Transformation and The Young Offenders all feature in the Top 50 most-watched programmes of 2020.

Bringing the nation together

Shine Your Light was a series of national moments of togetherness organised by RTÉ, with millions of people across the country participating by shining a light in their windows, at their doorsteps or within their communities to mark important milestones for the nation. The most recent one took place in December on the eve of the 2020 solstice, where once again RTÉ brought the nation together for a moment of hope in a year of sadness and isolation for so many.

After The Late Late Toy Show, RTÉ Home School Hub was the second most-popular programme amongst children. For young adults (15-34), RTÉ had eight of the Top 10 programmes with RTÉ News and Current Affairs and RTÉ Sport featured strongly in their viewing preferences. The top show amongst this audience was The Late Late Toy Show, proving that you’re never too young or too old relive your childhood.

Viewing to TV on the increase

Official TAM Ireland/Nielsen figures for 2020 show that television occupied much of our leisure time, with the average person in a TV home watching two hours 40 minutes of TV every day, an increase of 1% on 2019.

RTÉ Player proved popular this year, with viewing up by 36% in 2020. Normal People topped the polls with 818,000 streams for the top episode out of a total of five million streams to the programme series.

Unsurprisingly, The Late Late Toy Show was the second most-watched show on RTÉ Player with 575,000 streams.