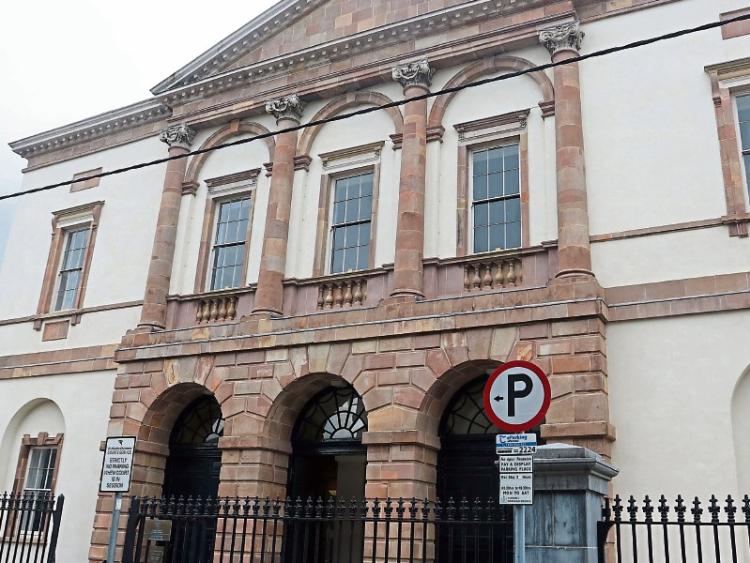 A 50-year-old man, caught by gardaí transporting more than €87,600 worth of heroin in his jeep, was  coerced by criminals to courier the drugs from Dublin to Tipperary as he owed them a debt for drugs, Clonmel Circuit Court heard last week.

Michael Flynn of Ballynoran, Carrick-on-Suir received a five year jail sentence with the final year suspended at the court last Thursday for possessing heroin worth more than €13,000 for sale or supply to others at Carrick-on-Suir Garda Station on October 5, 2018.

A charge of possessing a small quantity of cannabis at his home on October 6, 2018 was marked proven and taken into account.

The court heard from Mr Flynn’s senior counsel that he  owed a €4,000 drugs debt to criminals and feared his house would be burned down if he didn’t carry out their wishes to collect a haul of drugs from Dublin.

When the sentencing hearing began last Tuesday, December 1, Detective Garda Ruairí Ryan of Tipperary Divisional Drugs Unit  outlined to the court that on October 5, 2018,  he received information that Mr Flynn drove to Dublin in a Dacia Duster jeep to collect controlled drugs.

He was informed Mr Flynn would be making his way down to Carrick-on-Suir.  A patrol was set up to intercept him as he travelled back from Dublin.

Mr Flynn was intercepted at Knocktopher in  Kilkenny after coming off the motorway.

He was searched but nothing was found on his person. The jeep was later searched at Carrick-on-Suir Garda Station and a package hidden deep inside the steering wheel column was recovered.

Analysis of the drugs found in the jeep confirmed it to be 625.8gms of heroin with an estimated street value of €87,612.

Det Garda Ryan said Mr Flynn was arrested and co-operated fully with the gardaí. He admitted knowing he had drugs in his vehicle but wasn’t aware of the type of drug or its quantity. He knew the drug was hidden somewhere in the jeep but didn’t know where.

“His part was just to collect the drugs.

“They were hidden in his jeep and were to be left there and people were to come to his property, remove them and take them,” the detective explained.

Det Garda Ryan  continued that gardaí obtained a search warrant and Mr Flynn’s property was searched and a small amount of cannabis valued at between €60 and €70 was found.

It was for the defendant’s  own personal use.

Det Garda Ryan said Mr Flynn had no signs  of wealth and he believed him when  he said he collected the drugs to wipe out some of his drug debts.

He wasn’t getting any financial reward from this.

Defence counsel Colman Cody SC said his client pleaded guilty at an early stage in this prosecution and from the start of the investigation he gave full and frank admissions of his involvement in this matter.

He explained that Mr Flynn was addicted to heroin for a number of years prior to this crime and as a result he built up a drugs debt of about €4,000.

The people involved in this enterprise were “difficult and dangerous to deal with” and Mr Flynn came under pressure to pay off his debt.

“He is in the business of crash repairs. He would have a number of cars in his possession and in an effort to placate these people he tried to give them cars in lieu of pay,” Mr Cody explained.

“This wasn’t to their satisfaction. He had to carry out this drugs run going to Dublin.”

Mr Cody said his client feared his house would be burned down if he didn’t comply with the wishes of the masterminds of this drugs run. Det Garda Ryan agreed that this was right.

Mr Cody detailed how Mr Flynn was required to leave his vehicle at a particular location and later return to the jeep. He knew drugs were going to be deposited there but he didn’t know the value, quantity or the type of drug.

“He could best be described as a courier or mule.

“He wasn’t going to derive any benefit himself. It was to work off this debt.”

He was introduced to heroin by a co-worker, who had since died from heroin addiction.

Mr Flynn’s addiction led to the break-up of his marriage. He now lived with and cared for his eldest son, who had  mental health problems.

He handed into the court documents relating to Mr Flynn’s engagement with substance misuse services along with urine analysis results showing he was free of drugs, a number of references and a letter from his GP, which referred to his son’s difficulties.

Mr Cody also pointed out  the probation service report carried out on Mr Flynn was positive towards him.

His client  co-operated fully with the probation service and the service was willing to work with him to progress his efforts to get away from heroin.

He appealed to Judge Helen Boyle not to impose the minimum sentence of 10 years for the heroin possession offence in view of the exceptional circumstances of this case.

He urged her to instead impose a suspended custodial sentence in view of Mr Flynn’s co-operation with the garda investigation, his efforts at rehabilitation and the difficulties and distress his imprisonment would cause his son.

He requested the judge to also take into account the fact Mr Flynn was a person who was at the lowest level of the hierarchy in relation to this matter and how he became involved in this crime. Judge Boyle adjourned the case for two days to allow her time to consider Mr Cody’s submission.  At the resumed sentencing hearing last Thursday, Judge Boyle said the aggravating factor in this case was that Mr Flynn knowingly participated in a criminal enterprise and was found in possession of a large quantity of drugs with the  potential to cause misery to citizens in Tipperary.

“You were aware of the effects of the drugs (crime) industry on people who suffer from drugs addiction.

“You were aware of the misery you were bringing to Tipperary in your jeep,” she told the court.

The mitigating factors on the other hand, were his early guilty plea, co-operation with gardaí and his efforts at overcoming his drug addiction.  She noted he was now a year free of drugs and the probation service was happy with his progress on a methadone programme.

She was satisfied Mr Flynn didn’t have any of the trappings of wealth associated with high level drugs dealing and that he committed this crime to wipe out a drugs debt.

She noted that heroin had taken an onerous toll on his personal life and on society as a whole.

The judge agreed to depart from the mandatory minimum ten year sentence but she didn’t agree with Mr Cody that this case fell into the category of exceptional circumstances where a suspended sentence could be imposed.

She said the appropriate sentence was six years imprisonment but his plea of guilty and acceptance of responsibility entitled him to a discount.

She reduced the sentence to five years’ imprisonment and in view of the other mitigating factors she suspended the final 12 months of the sentence on condition Mr Flynn kept the peace and be of good behaviour for a year on his release from prison.

She  ordered the destruction of the heroin found in his jeep.